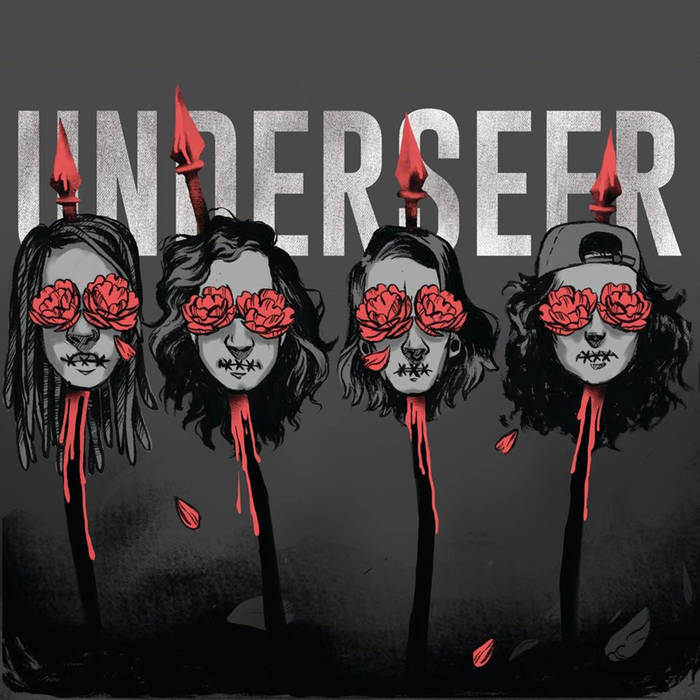 Underseer is an explosive band, new to the Greeley music scene. Starting as an instrumental group, Austin Southern, Christian Nunez, and Damon Tyson on guitar, bass, and drums respectively got together to play some heavy, in-your-face, and groovy tunes. After a while of playing as a three piece, Michael Olivier, formerly of Disguise the Silence, joined the band as the lead vocalist. Olivier’s vocals added a totally new element to the band as his clean vocals nicely compliment the band’s heavy riffs. Shortly after, the band hit the studio to record a self-titled, eight-track album with Olivier also serving as the recording, mixing, and mastering engineer for the album.

The first track sets an ominous tone for the album as it opens up with just organ and vocals. But don’t let the simplicity fool you, as the album is filled with plenty of post-hardcore goodness. What really sticks out on this album is the band’s ability to bounce between melodicism and heavy grooves seamlessly. With how tight the band is, it allows Olivier to totally let loose with his vocals. Not only is the album an impressive display of the band, it also showcases Olivier’s extreme talent as a singer and lyricist. Some other alums of the Greeley music scene also make an appearance on the album. Sigourney Moore provides backup vocals on “Too Easy” and Zachary Shepherd, also formerly of Disguise the Silence, plays a burning solo on one of the best tracks of the album, “Hasta la Muerta”.

Each member of the band is very talented and their attention to detail and musicality are reflected on the album. Underseer is a band that needs to be seen live as they bring the energy from the album to the stage and then some.