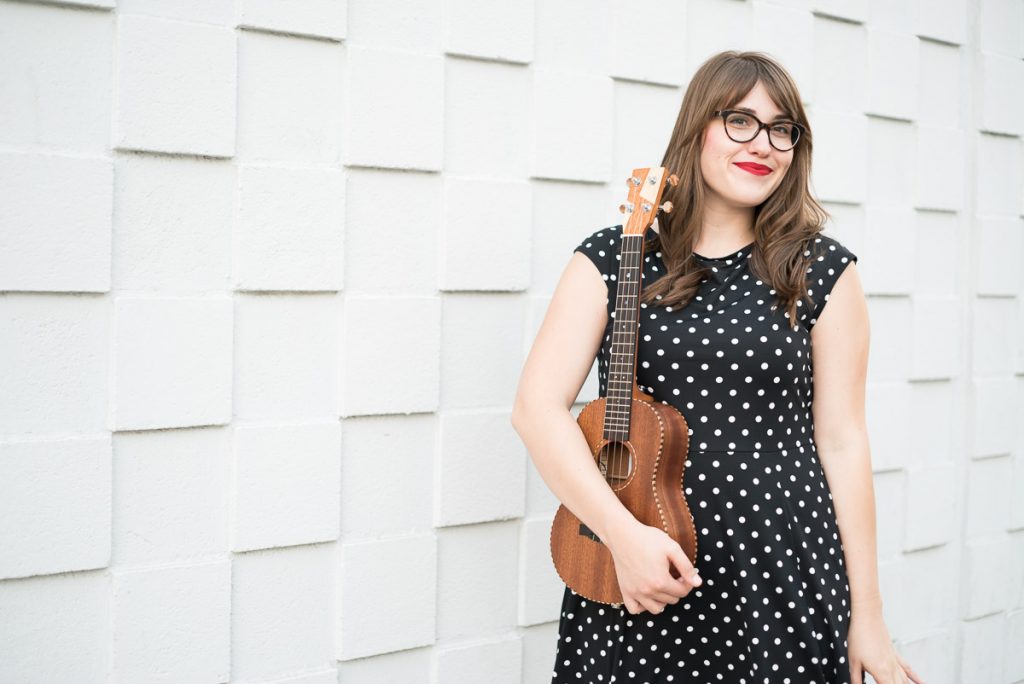 Folk singer/songwriter Danielle Anderson has been playing as Danielle Ate The Sandwich since she initially started putting out YouTube videos of her work. Since 2009, she’s held successful Kickstarter campaigns for her albums and tours and has even had her work featured on the soundtrack to the HBO Documentary Packed in a Trunk: The Lost Art of Edith Wilkinson.

In September, she released her latest album, The Terrible Dinner Guest, and in comparison to her previous albums, it sounds more like a pop-folk album. Anderson said in a recent interview with BandWagon Magazine that this was intentional.

“I wanted more pop and rock influences, more power, more femininity and more fun,” she said. “One of my goals was to not take myself so seriously. My songs are often heavy and wordy, but on The Terrible Dinner Guest I included a couple of songs that I consider fluffier than the average Danielle Ate the Sandwich song. Now that I’m older and have proven myself as a decent lyric writer, I feel better about having fun and including these little pop songs that spotlight impressive vocals more so than super deep lyrics. “

Anderson said her goal for The Terrible Dinner Guest was to make something that sounded different, as well as to encounter a recording process that felt different.

“I wanted change,” she said. “I didn’t want an entirely new sound or to jump to a new genre, I just wanted to mirror in my sound what I’m feeling as a slightly more grown up human woman.”

Anderson spent a month in Norfolk, Virginia at TAPTAP Recordings in two-week chunks, working with recording engineer Jacki Paolella, and friend and co-producer Skye Zentz. Zentz helped organize and contract the musicians that contributed to The Terrible Dinner Guest, as well as have things ready for Anderson when she arrived.

“I consider these women friends,” Anderson continued, “but also very talented musicians and artists, who would be able to offer great ideas in a supportive and sensitive way. The stress of the studio can really get to me, so it was invaluable to not only have the professional, musical help from Skye and Jacki, but also the humor and silliness and giggle fests.”

For more information on Danielle Ate The Sandwich and her latest album The Terrible Dinner Guest, visit danielleatethesandwich.com.