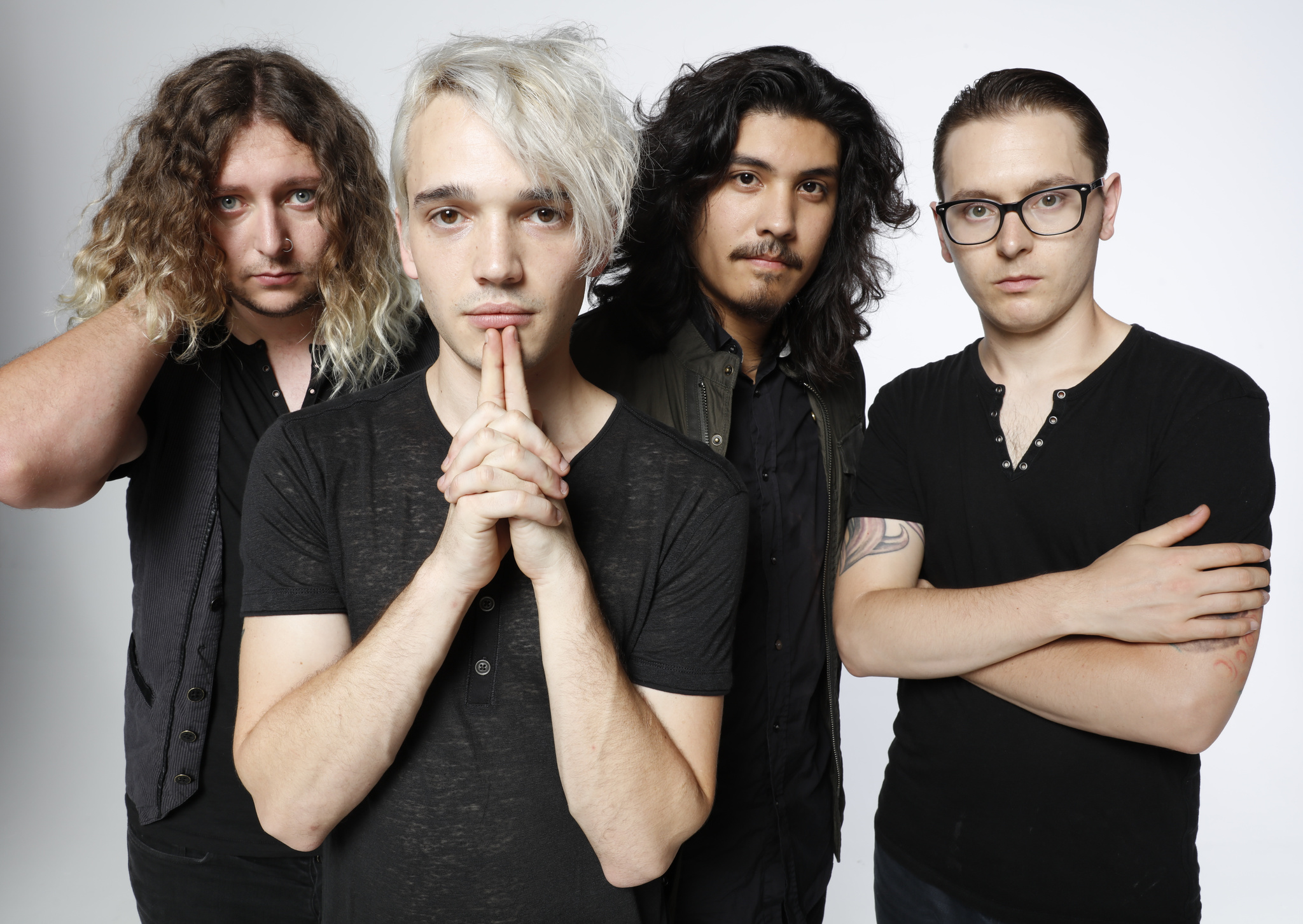 Formed in Los Angeles in 2013, blossoming indie rock group Badflower is comprised of lead vocalist/guitarist Josh Katz, lead guitarist Joey Morrow, drummer/percussionist Anthony Sonetti, and  bassist Alex Espiritu. After playing gigs around West Hollywood and a bevy of popular venues in L.A., the group started gaining more traction with its single “Animal” after playing the 2013 SXSW Music Festival, where iHeartRadio Austin decided to throw the single in its rotation. In November 2013, the band’s acoustic rendition of LMFAO’s “Sexy and I Know It” played on The Voice of Germany and since then, Badflower’s notoriety has exponentially increased. Signed to Republic Records/Universal Music Group, Badflower has just begun to plant its roots. Katz took a few moments to talk the band’s name, what it felt like to put out their first album and why “no mediocrity” is allowed.

BandWagon Magazine: Where does the band moniker come from?

Josh Katz: Badflower came out of a random conversation Joey and I were having with a family member of mine. We heard the two words said in a certain way that made us both turn to each other and repeat it almost in perfect unison. An unexplainable association was made, and the name stuck.

Tell me a little bit about your background. Do you come from a musical household?

I grew up on movies and music. All kinds of movies all the time, and mainly Motown and disco music. I discovered rock-n-roll on my own, which is a very appropriate thing to latch on to when teenage rebellion kicks in.

When did you realize music was something you wanted to pursue?

As long as I can remember. I used to write orchestral music when I was really young. I wanted to score films and I used to obsess over James Horner. I love the way that music can carry a story, and eventually I realized that I could do it all and that lyrics could replace the “movie.” That opened me up to everything I do now creatively.

How did you meet everyone?

Joey and I met outside of an apartment complex. We jammed once and then literally moved in together the next day. Alex and I went to school together, and then reconnected later on. We heard about Anthony through another band we knew had recently disbanded. We knew he was perfect, so we swooped him up.

What did you have in common?

Passion for music, of course, and as a unit, there’s a magical uniform sense of humor.

With modern technology, it’s so much harder to get recognized because of the sheer volume of artists out there trying to “make it.” How do you think you stood out?

We always put ourselves in the right category. If you decide that the biggest bands today are your peers, you can achieve a lot. We constantly remind each other to stay out of “fan” mentality and not accept less than what we know we’re capable of. No mediocrity allowed here.

What did it feel like to put your first album out?

It felt super uncomfortable in the best way. The writing room is a safe place while the public is terrifying. People can say whatever they want about our music, no one outside of our family cares about our feelings [laughs]. It’s interesting to reach a wide audience of people who don’t know you personally, but so far, so good for us. People are responding in the best way.

What do you hope for your band in the future?

I hope to inspire as many people as possible—musically, spiritually, politically, etc. I feel this band is one that deserves a platform. We’ve never been interested in money, fame or materials. We want people to listen to what we have to say because we put a lot of effort into what we say.

What does the music you make mean to you on a personal level?

I’m not the kind of writer that pumps out a new song every day. I know people that do and they’re freaks [laughs]. It can take me years from the inception of a melody or single lyric to complete the idea. I’m still working on songs now that I started writing when I was a teenager, and only now am I realizing what some of those songs are about. There are others I might not understand for another few years because everything I write is honest and I refuse to finish the song until it is. Even the fictional characters I create were real inside of me at some point. Powerful emotions drive me to create in the way that I do, so every song is very special to me. I have an intense love/hate relationship with them as they’re all an extension of myself. And constant self-love requires a level of meditation I can’t even fathom yet.