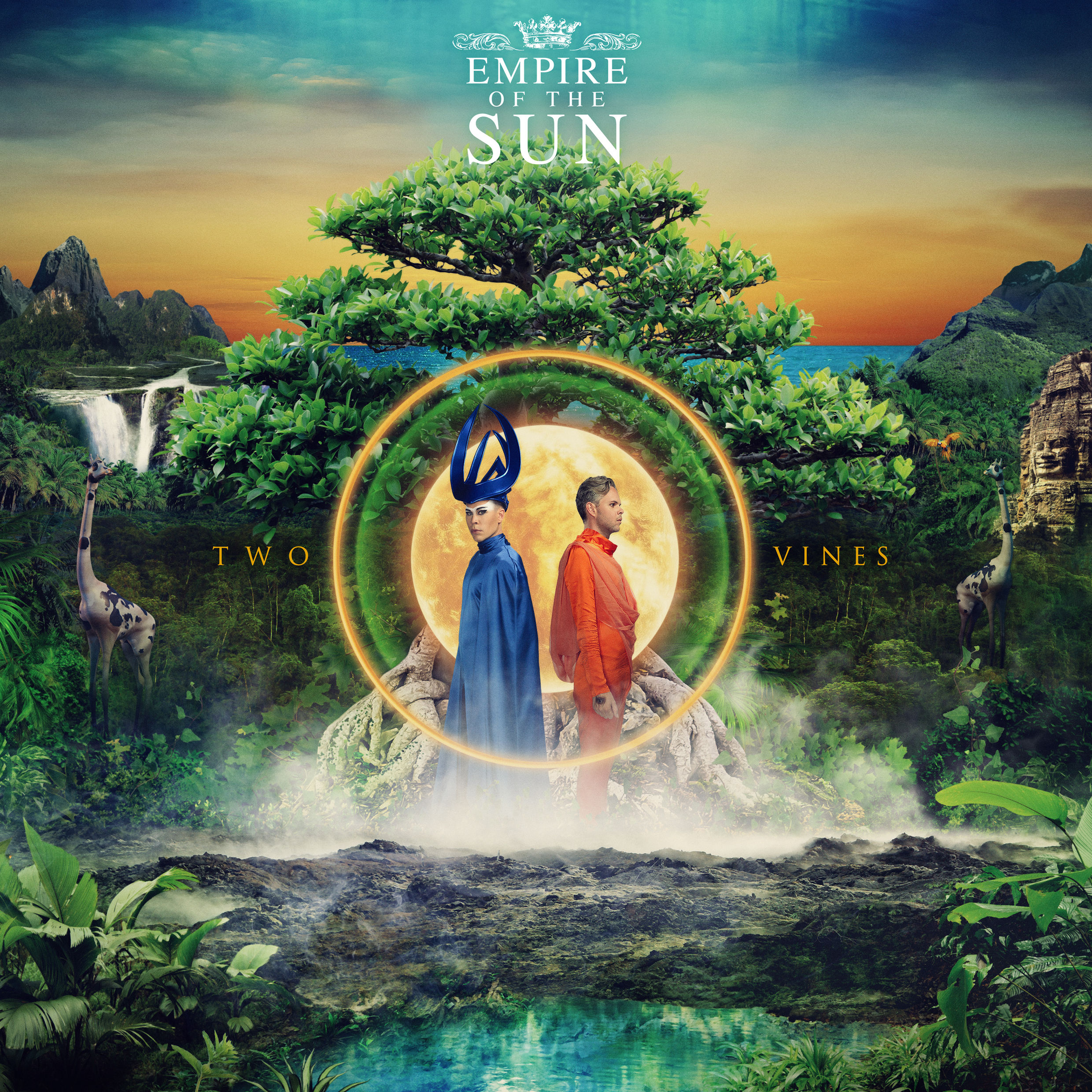 Since the massive success of 2008 breakthrough Walking On A Dream, Empire of the Sun have been touring voraciously, gradually floating to the top of the international headliner circuit. The Aussie duo of Emperor Luke Steele and Lord Nick Littlemore aim to solidify that status with Two Vines, their third studio album and follow-up to 2013’s Ice on the Dune.

At times, the album comes incredibly close to ’80s soundtrack pastiche (think 1985 cult classic Better Off Dead), especially on songs like “Digital Life” and “First Crush”. After repeated listens, however, that familiar comfortability proves to be the key to what Empire of the Sun have been doing all along. Lead single, the infectious and inviting dance number “High and Low,” and “There’s No Need,” are two album highlights, the latter providing more of a subdued, loose incarnation of a love song seemingly written to a current romantic partner. “There’s no need to choose sides/we are on the same team,”  they sing as angelic background vocals fill up the track.

Its only weakness lies in the occasionally corny lyrics, which sometimes sound more like a dated motivational poster seen hanging in a pediatrician’s office, with phrases like “Hang in there” or “Listen to your heart” plastered across the front of it. Two Vines comes to a close with the album’s best, “ZZZ,” which still relies on heavy synths and more of a Men Without Hats sound, but done in a way that feels genuine to Empire of the Sun’s origins, something they’ve clearly mastered.