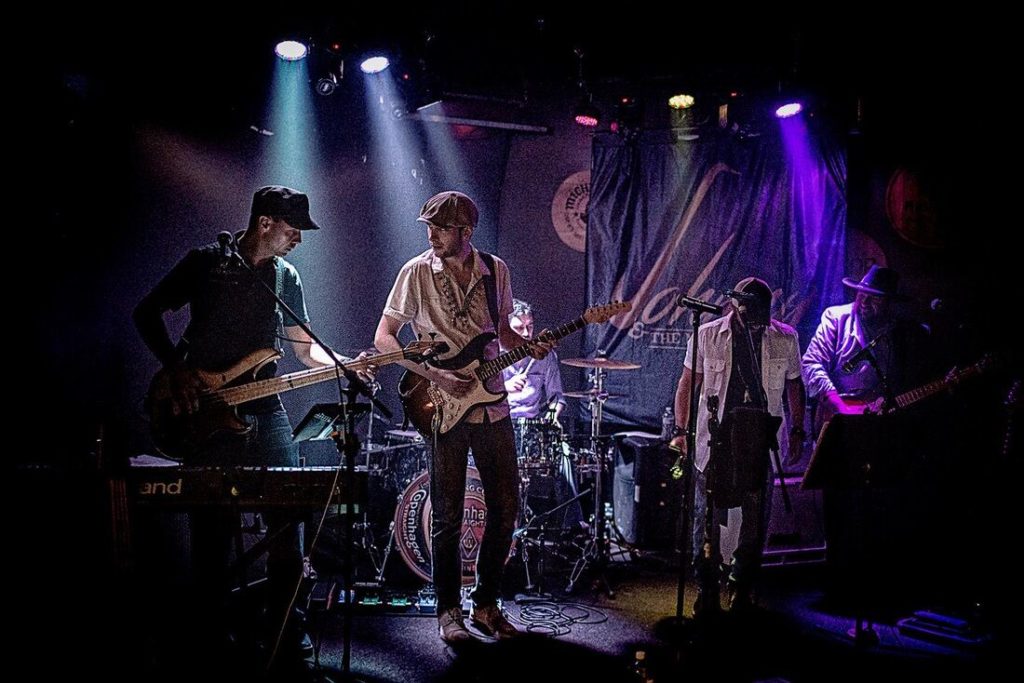 Singer Johnny Ryan, Bassist Jeff Bostic and Guitarist Jeff Mere are the trio behind the Fort Collins blues outfit Johnny & The Mongrels. The three met at an open blues jam sometime in 2015, officially starting The Mongrels in April of last year, then lucked into the SpokesBuzz Springboard Program, playing live shows and recordingYou Ain’t Ready, their debut album that dropped earlier in 2016.

The group says they’re a New Orleans infused “Swamp Blues” collaboration between Ryan, Mere and Bostic. Listening to You Ain’t Ready, though, Johnny & The Mongrels sound more like a genuine Funk band with a down home flavor.

Their opening tracks, “You Ain’t Ready” and “Sweet Suga Mama,” wouldn’t be out-of-place on the soundtrack to a 1970s Blaxploitation film. These tracks have funk. They have energy yet are chill at the same time; either of these tracks would start a party in a Richard Linklater film a la Dazed And Confused.

The album wears its love of New Orleans on its sleeve with tracks such as “Treme’ Woman” and “Creole Skies.” “Treme’ Woman” has almost a hard rock edge to it. If Aerosmith ever discovered this song, they would probably do an overproduced cover of it that would add nothing to the song.

My only problem with the album is “Funky From The Top To The Bottom.” It’s a predictable, generic track that you swear you’ve heard before from other blues/R&B musicians, where the word “Funky” is repeated multiple times. It feels like a filler track.

Conversely, “Creole Skies,” which closes out the album, sounds like a very personal song about someone stuck in a cow town afraid to leave, yet yearning for New Orleans and to make music. You Ain’t Ready is a party album, a very good party album, but it does leave something to be desired; it feels flighty at times.

Still, for a blues album from a debut band, this is very good. I do hope Johnny & The Mongrels will be playing at the Greeley Blues Jam in the future. For more information, visit http://www.johnnyandthemongrels.com.