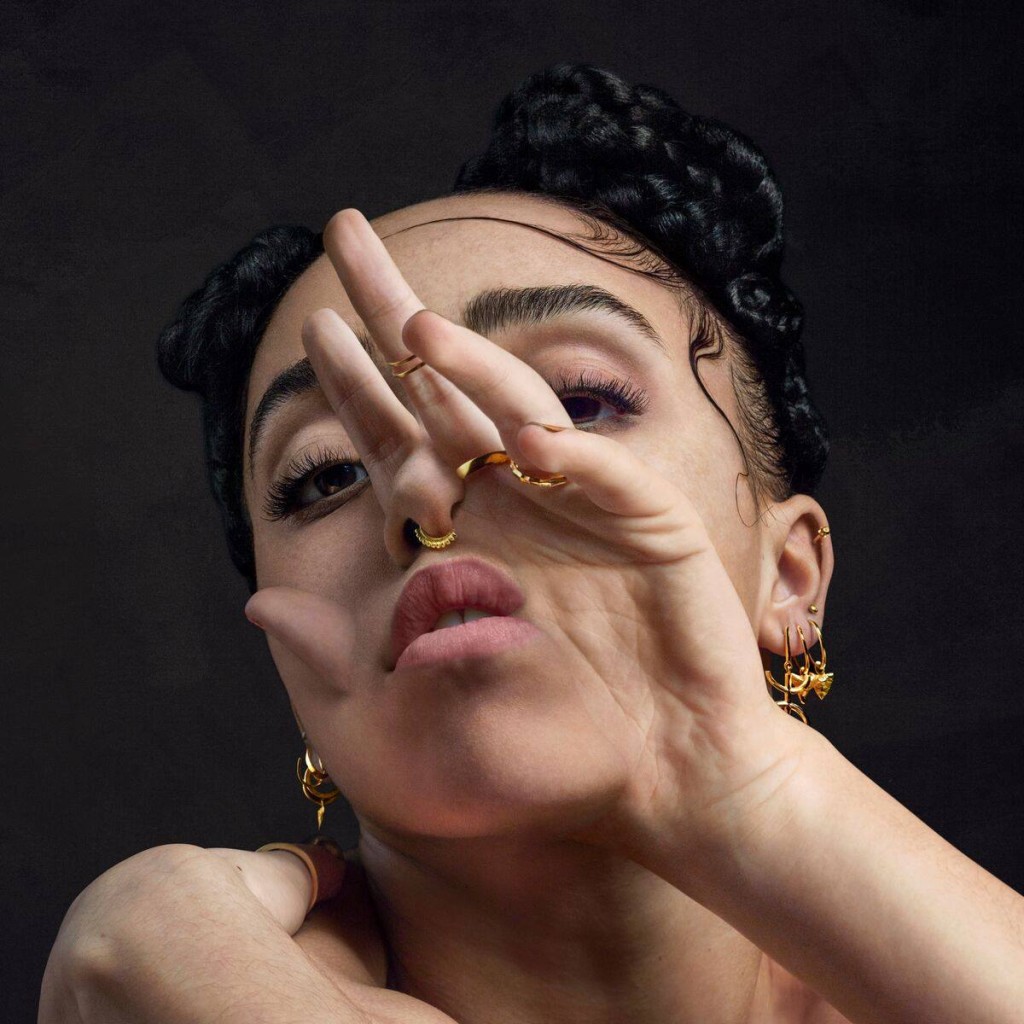 Art relies on experimentation for its continued growth. If Chuck Berry had never thought to have two guitars on the track instead of one, well, someone else would have eventually done it, but you get my point. If you take an existing idea (the thesis) and fold into it a new and challenging thought (the antithesis) that makes something new, and thus, growth! In the past decade Black music has had no shortage of new and challenging thinkers, and Tahliah Barnett is among them. Barnett, who’s known more commonly as the illusive, almost mythological FKA twigs, began her production with the simply titled EP1 and EP2, two four-track bundles which showcased her musical oddities, which for me, felt a little undercooked. Her debut record however, was anything but. Filled to the brim with titillatingly sexual lyricism, wildly progressive production, and buckets of genuine weirdness, the equally monosyllabic LP1, was a massive hit with critics and fans alike. Now, almost a year and a half later, FKA twigs has released her third extended play, M3LL155X.

No, that’s not a typo (believe me, I checked). M3LL155X (which translates to “Mellissa” in normal speech) totals to five tracks, and is a much roomier, spacier, and scarier release than we’re used to. The brief moments of glaring lucidity experienced in LP1 are a distant memory with the odious grunge of M3LL155X sifting through your skull. The record continues twigs’ ability to create massively textural soundscapes. The balance of sounds is something constantly at play in her music. Harrowing, grieving synths set against a ghostly, barely corporeal howl, all tied together with a beat that sounds like a dial-up death rattle. While LP1 aimed to smooth off the rough edges, M3LL155X is broken glass falling through honey.

The record kicks off with “figure 8.” While in the first few moments of this track I felt a bored familiarity coming on, an ear-drum obliterating wall of fuzz 40 seconds in shook me out of any fatigue I might have felt going forward. The entire affair has me thinking of Death Grip’s Fashion Week, with it’s shifting pitches and twisting time signatures. “i’m your doll” follows a similarly dreamy composition, which makes “in time” all the more shocking. Venting relational frustrations, twigs drops the syncopated wailing in favor of a deliberate, and uncharacteristically clear vocal in the verses, and shiny pop-rap in the hook. The whole album, from the production to the album art, radiates adversity, both internally and externally. What the album lacks in sexuality (which isn’t much) it makes up for in conflict: with her partner, with herself, and in the case of “mothercreep,” her maternal relationship. Twigs’ conflict with her mother, as well as her own doubts on the matter, are echoed in the otherworldly production. The track opens with a 30 second instrumental, five to six seconds of silence, and then the song itself. The instrumental doesn’t connect to the song in any obvious ways, but somehow it completely works. If you’re able to occupy a couple square inches of the same headspace as FKA twigs, it just feels like another room in her haunted house of sexy horrors.

From the sounds of M3LL155X, FKA twigs doesn’t seem at all interested in traditional means of composition. From the rhythmical randomness, to the vulnerable writing, to the structures lines of a song, Tahliah Barnett continues to prove herself as one of the most ambitious producers and writers working today. FKA Twigs performed recently at the FYF Fest, and is now on tour abroad.