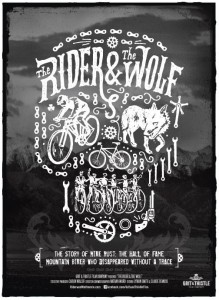 Rodney Barnes, ceramist and President of Madison & Main Gallery, has never met Colorado Springs native Mike Rust, but said that he has come to know Mike through stories and riding his High Wheeler, also known as a Penny Farthing.

“Wade Veazy, owner of Subculture Cyclery in Salida,” says Barnes, “has allowed me to bring one of the High Wheelers built by Mike Rust and Don McClung (Colorado Cyclery) to Bike Show 4 and 5. It is a thing of beauty and a beast to learn to ride. Mike was such a good rider he rode High Wheelers in Ride The Rockies. Something I will never do!”

Rust disappeared in 2009, and it wasn’t until this year that his remains were identified after they were discovered in January in Saguache County. They were positively identified as Rust in April. On June 21st, The Colorado Bureau of Investigation announced an arrest warrant for Charles Moises Gonzalez, who’s already serving time in jail in Canon City, in relation to Rust’s disappearance.

“Mike was a hell of a mountain bike racer,” Barnes said, “and [he] built some of the very first mountain bikes in the earliest days of mountain biking. He was a pioneer!”

As part of the upcoming Bike Show 6 on July 1st, Madison & Main Gallery is hosting a June 30th screening of The Rider And The Wolf, a documentary on Rust’s life and the mystery surrounding his disappearance. On the same night at the Bike Show, there will be a Bicycle Art Show, featuring local artist Armando Silva and musician Joe Lee Parker.

“Armando had a piece in the art show last year and Joe brought his ‘Ambient Live’ performance to Bike Show 5,” Barnes said. “Both were well received. This year they will collaborate. I’ve had this idea brewing for a couple years. Armando will do a Tribute Painting honoring the accomplishments of Mountain Bike Hall of Famer Mike Rust, A.K.A. Mike The Bike. Joe will provide musical accompaniment for Armando’s live painting creation.”