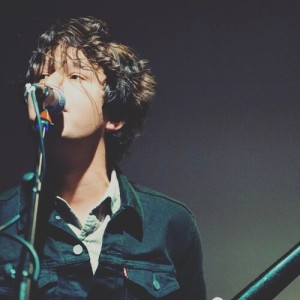 Growing up in the Isle of Man, 29-year-old blues musician Davy Knowles learned to play guitar by listening to records he’d find in his father’s collection, which included artists like Irish guitarist Rory Gallagher, Oasis and Eric Clapton. At 19, after sharpening his skills in the local music circuit, he opted to split for America, where he toured with his band, Back Door Slam.

His debut solo album, 2009’s Coming Up For Air, peaked at #2 on the Billboard Blues chart and permanently put him on the musical map. He quickly captured the attention of the media and soon booked performances on Jimmy Kimmel and Good Morning America.

According to singer Peter Frampton, who produced his sophomore album, “Davy already has a recognizable style. He’s definitely the gunslinger guitarist of the 21st century.”

After his initial success, a four-year tour cycle followed at legendary festivals such as Lollapalooza, Memphis In May, Bonnaroo, and Austin City Limits. He also headlined shows at The Troubadour, Red Rocks, World Cafe, and The Iridium. As if that wasn’t enough, he got to tour with legends Jeff Beck, Buddy Guy, The Who, Warren Haynes, George Thorogood, Peter Frampton, Joe Bonamassa, Kid Rock, Lynyrd Skynyrd, The Rhythm Devils, and the Satriani/Hagar inspired supergroup, Chickenfoot.

In 2014 as Ambassador for the Isle of Man’s “Year of Culture” he played the International Celtic Festival in Lorient, France, and that same year began filming the documentary Island Bound – tracking the migration of Celtic and European folk music with the early settlers to the British Colonies. With input from a host of local Manx and international artists, including Richard Thompson and Martin Simpson, Knowles demonstrates how this music was preserved and passed down through generations, evolving into Bluegrass, Folk, Country and Americana, ultimately influencing contemporary blues and rock music.