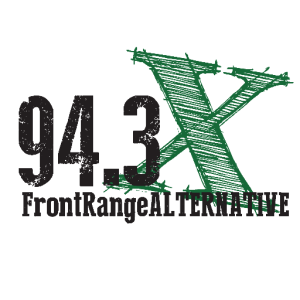 KONGOS – Take It From Me

Take it from me, the accordion is not an easy instrument to pull off – like, really, I’ve tried. However, the guys in Kongos have somehow successfully managed to do it. I bet they could even make Crocs cool, too. Nah, that’s pushing it…

A follow up to the album Lunatic, which introduced “Come With Me Now” and “I’m Only Joking” to radio in 2012, we’re calling the band’s new single, “Take It From Me,” a killer next move for Kongos and their accordion.

Much like Kongos, Atlas Genius is another band who met the radio waves a few years back, and since then, we’ve been anxiously awaiting what’s next. It’s here, and it’s called “Stockholm.” We’re really diggin’ hard on this song at The X, but we’ll probably never get to hear it live in Fort Collins because, you know, #BreadGate2015.

Is it kosher to say this band is the result of a time when Cage the Elephant dropped some acid together in a van and decided to start a chill West Coast synth-pop duo? I mean, that never happened, but that’s just what Luke Atlas and Coleman Trapp sound like. ‘Hollow Life’ actually comes with a set of listening instructions we’re supposed to administer when we play it on The X; Step 1: Roll the windows down. Step 2: Crank the volume dangerously loud.  Step 3: Feel the feels.

You know that ‘80s Reese’s commercial, where the guy and the girl run into each other and are like, “Hey, you got your chocolate in my peanut butter!” and then they realize what a beautiful thing they made together? That’s actually what happened with Band of Horses and Matrimony, except instead of making a peanut butter cup they made Bassh. Thankfully, their tunes aren’t covered in chocolate, so we don’t feel guilty about how much we’ve been binging on them.

CATFISH AND THE BOTTLEMEN – Soundcheck

Since we’ve started spinning Catfish and the Bottlemen’s “Soundcheck,” it’s become highly requested by our listeners, and I understand why. For fans of The Kooks, the Arctic Monkeys, The Vaccines or really anything made by brooding British post-punk revivalists, this band will be just your cuppa afternoon tea.