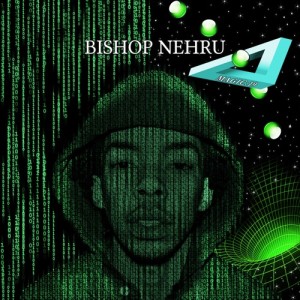 Rapper Bishop Nehru is not a bishop and his last name isn’t Nehru— it’s Scott—but the New York native is making some of the most authentic hip-hop out there. In an industry dominated by the fictional musings of mainstream rappers like Migos and Lil’ Wayne, the 19-year-old rap prodigy is a breath of fresh air. Coupled with the fact he’s already accomplished more in his teens than most artists twice his age, he’s poised to be one of 2016’s brightest stars. With an MF Doom collaborative album, Nehruvian Doom, under his belt, production from DJ Premier and a brief record deal with Nas’ Mass Appeal Records, he’s on the fast track to a fruitful career.

Fresh off the “World Domination Tour” with Joey Bada$$ and Denzel Curry, Nehru is preparing to release his latest mixtape, aptly titled MAGIC:19, with much of the production done by Nehru himself.

Album highlights include the bass heavy ode to apathy, “It’s Whateva (produced by Tay Slay)” and the braggadocio “He The Man,” which both perfectly balance intellectualized lyrics with more mainstream beats, something he’s strived for all along.

“At one point, I started to listen to more lyrical rap and I noticed the difference,” Nehru explains. “It’s a whole different feeling. One is just for partying, and one is more of a serious vibe for listening and actually learning something. With that, it was just like that’s what I wanted to make. I wanted to have the balance of both. I like being known as a person who can rap instead of just a party rapper.”

The 11-track album slightly slips on “I Know (Angel In My Dreams),” offering a noticeably sloppier beat than any of the other tracks. The Nehru-produced “Highs and Lows” illustrates how he uses his music as a form of catharsis. “I know that sometimes it’s cold/but you just gotta roll through the highs and lows,” he sings on the hook—a slight glimpse into the resilient person he is.
Throughout the album, he paints himself as both a teenager who just wants to have fun and also a vivacious student of hip-hop, one who clearly wants to showcase his best. So far, he’s off to a prodigious start. MAGIC:19 drops June 3.