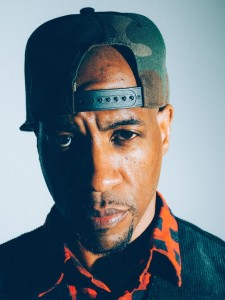 In 1987, Masta Ace (real name Duval Clear) was back in his hometown of Brownsville, Brooklyn for Christmas break. He had been studying at the University of Rhode Island, where he was pursuing a degree in marketing. During that time, he got a phone call that would change the trajectory of his entire life. He didn’t know it at the time, but his decision to head down to the United Skate of America skating rink for a talent show was a pivotal one.

“A friend of mine was going to be in the contest and he reached out to me, asking if I wanted to roll with him,” Ace explains. “I was with my family so I didn’t think it was cool to break out on Christmas to go hang out so I told him no. We hung up the phone and right after we hung up, my mother, who had overheard the conversation, she said I should go.”

Ace called him back, but he had already left. He asked his sister to go track him down. Luckily, she agreed and could be heard shouting for her brother to get back on the phone. The two met up at the train and the rest is history.

“I was practicing my lines on the train the whole way and I kept making mistakes,” he recalls. “I was just nervous. It was my first time on stage alone doing a rap performance. When my time came, it was almost like a light went on and I just became super focused. It was effortless the way I was able to get through the rhyme without making a mistake or even stumbling. Something about that moment was magical, I guess. I got up there and hit every punchline”

Ace made it into the finals and was asked to perform again the following week. He won the grand prize, which was six hours of studio time with famed producer Marley Marl. He may have won, but collecting his prize proved to be another story. A whole year would pass before he could even make contact with the elusive Marley.

“I had to go back to college,” he says. “That summer, they gave me his phone number and I called him relentlessly for the entire summer. I couldn’t reach him. His sister would answer and say the same time every time: ‘He’s not here, he’s not here.’ It wasn’t until I graduated in May ’88, I called his sister and she was like, ‘Look he don’t live here. Here’s his real number.’ He didn’t give the rink the right number.”

Finally, he got Marley on the phone and he agreed to meet Ace at his studio. He and his friend got there an hour early, waiting for nearly six hours for him to surface. At this point, Ace was tired of getting the runaround.

“He was paid for the studio time a year earlier and I was trying to cash in on this victory,” he says. “Eventually, he comes rolling in and we lay down our first little demo. I was there three hours the first day and then we came back. He apparently liked what I did on that demo. He was more on point the second time. I laid down another song and he liked it. It was shortly after that he kept asking me to come back. We recorded two songs that ended up being on his compilation. That’s how my career got started.”

Marley Marl ended up producing Ace’s first album, 1990’s Take A Look Around, a record that proved the ambitious emcee’s untouchable storytelling skills. SlaughtaHouse followed in 1993 and Sittin’ On Chrome surfaced two years later. Soon, however, Ace became fed up with the way mainstream rap was heading so he vowed to take a step back.

“I had a 15-song album that just got shelved by Atlantic Records,” he explains. “They really just decided, ‘We understand you’ve been working on the album for over a year, but we’re just not going to put it out.’ It was that easy for them to make that decision. In their eyes, it wasn’t commercially viable. This was a time when P. Diddy and Bad Boy were killing the game with very danceable, fun hip-hop. This record wasn’t any of that. They felt this record wasn’t going to stand up against what’s selling. At first, I got frustrated and angry, said I was quitting.”

Ace didn’t even think about rapping for six months. A tour in Europe, however, changed everything and he quickly realized there were still people out there who cared about what he had to say. Upon return to the States, he got back to the studio, locked the door and created 2001’s critically acclaimed masterpiece, Disposable Arts.

“I came back from the tour with a renewed energy to be an artist,” he says. “I was finally ready to do another record. I just wanted to go in and make a true and honest record that felt true to me and who I was. I felt like it was going to be my last record so I said what I wanted to say and could go out on my own terms.”

Despite his success and veteran status, he says he still feels like he has to prove himself. He’s often referred to as “underrated” and left off Top 50 Emcees lists. With the release of his twelfth studio album, The Falling Season, right around the corner, Ace is still crafting powerful and vivid storylines, proof of his unrelenting staying power.

“If they’re going to put out a top 50 and I’m not going be one that list, I want to feel like the 50 people up there I can say are honestly better than me,” he says. “They may have more record sales—and sometimes I feel that’s what these lists are based on, which kind of annoys me. I can’t sit back on my laurels. The way you make the best music is to continually feel like you have something to show people.”