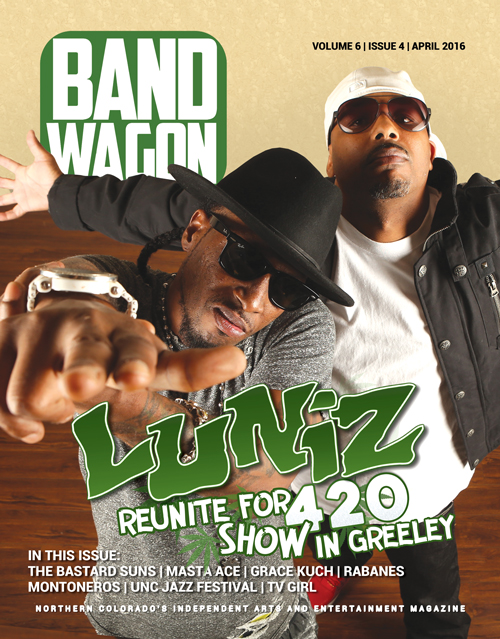 There’s not a stoner alive who doesn’t know the song “I Got Five On It” by the Oakland-based duo, Luniz. Released in 1995 on their seminal album, Operation Stakola, it took Yukmouth and Numskull from every day street hustlers to platinum selling artists seemingly overnight. The duo met as junior high students at Westlake Junior High in Oakland. Numskull was already rapping in a group called Brothers With Potential (BWP) while Yukmouth was the hustler of the school.

“I was a young teenager, just in the streets,” Yukmouth recalls. “I had a lot of money as a young dude. I would come to school fresh dressed with all the latest shit and I knew how to draw. BWP wanted to hang with me because I was fly and had money.”

BWP asked Yukmouth to do their logo and shortly after, he was made an official member of the crew. By 8th grade, however, BWP had split up, but Num and Yuk were still tight.

“We doin’ street shit and I’m in and out of juvenile hall,” he admits. “I finally go to jail for a year. That year, I realized I’m tired of selling drugs and going back and forth to jail. I wanted to do something different. I started focusing on lyrics. I came up with the Luniz name, drew the logo and came up with our first song “Ice Cream Man.” When I got out, I needed to hook up with a dope rapper and the dopest rapper I knew was Numskull.”

The two quickly got to work, but old habits died hard. They were still on the streets of Oakland selling drugs and living a lifestyle that would have eventually destroyed them. As fate would have it, Oakland was experiencing a cocaine drought in the early ‘90s, but they were still trying to buy drugs from a trap house. It just so happened legendary Bay Area emcee, Too Short, was in that house.

“We were like, ‘Fuck this coke deal,’” he says. “I bust ‘Ice Cream Man’ and killed it. Next day, we were in the studio with Too Short. He threw us on Dru Down’s album and “Ice Cream Man” was a local hit. We made the video and we had an ice cream truck with the triple gold daytons. Long story short, video was classic. Basically, from there the hype led to the Luniz getting their own solo album. We did our own little EP. Our first song we ever worked on was ‘I Got Five On It.’ That was the first song we did.”

That song became the unofficial weed anthem and took Yukmouth and Numskull to unchartered-territory. They were traveling around the world while being thrust into the limelight, something the then 20-somethings weren’t used to, but they were just happy they were able to escape the street life.

“We turned a negative into a positive,” he says. “You can even say that about jail—I took a negative situation and turned it into a positive situation by creating the whole Luniz in jail. Then when I got out, the drought and cocaine deal led us to our record deal—again, turned a negative into a positive. The arts saved my life; me knowing how to draw and being into music growing up. I was into music before hip-hop became popular. It saved my life. Shout out to my father because he was the first one that made me want to do music.”

The road to glory wasn’t always paved with gold. Numskull admittedly struggled with alcoholism and there was a rift between the two for quite awhile. It wasn’t until Num went to jail—facing multiple felony charges—they were able to repair the damage done during those early years.

“Right before he went to jail, he put out a solo album,” he explains. “That’s when I was beefing with everybody. I was beefing with The Game, G-Unit—so beef was going on. I seen Num looking for a way to sell his albums. So he was like, ‘Let me diss this nigga since I know him and that’s how I will make my album sell.’ In return, it didn’t do nothing. Nobody gave a fuck about the diss so I dissed him back. Right after that, he went to jail.

“So it was like, ‘Ok, you in jail for ‘X’ amount of years,” he continues. “Am I supposed to be your homie when you were shitting on me right before you went to jail?’ We weren’t talking at all. I think a year before he got out, I was asking his buddies for his writing information because I wanted to be the bigger person, and I forgave him for it. I hoped when he got out he’d be on let’s get some money shit. He respond and called me back, saying I was absolutely right and it was bullshit, told me I was his brother.”

Subsequently, Luniz is back in action. In 2015, they released the High Timez mixtape, which has been streamed over 200,000 times. They’re currently working on Operation Stackola 2 and celebrating the 20th anniversary of “I Got Five On It.” Needless to say, they’ve come a long way.

“When we blew up, Num and I were the best of friends. Nobody could separate us. Then when the fame came, all kind of friends started popping up. Where were they when we were broke? You get dumb asses. I don’t do side dudes now. I’m my own boss. Num does his own thing, too. I think we’re good.”