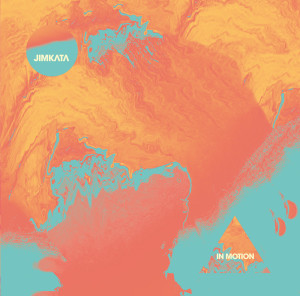 As far as synth bands go, the three-piece Jimkata from Ithaca, New York is not here to fit in any EDM or electro indie pop box that so many modern bands find themselves in. While there are some elements of these sounds throughout their music, their work, particularly on their latest album In Motion stands out from the norm.

“I think that this album is another improvement in our songwriting, I think the songs feel more concise than previous records. It’s a good combination of experimenting and pop songwriting. The main difference is just us growing up and maturing as songwriters,” says frontman Evan Friedell.

Mature is exactly what their music is. While there is plenty of synthesizer to give it that ‘80s pop quality, these are rock songs. Friedell’s lyrics are conversational and heartfelt, avoiding the cliches that come with bands that sound like lasers are firing at regular intervals during their songwriting sessions.

Citing hip hop and the Daft Punk era of electro as major influences, the synth heavy elements of their music sounds very natural for Jimkata. “We always had a desire to make a sound that was much bigger than ourselves. Starting out just playing guitars it wasn’t entirely fulfilling enough, we had to go another step–make it bigger,” says Friedell.

Currently on tour supporting In Motion including two stops in Colorado, Jimkata finds themselves at their best. With years of touring and recording experience under their belt the band is hitting a stride.

“All in all there is a lot of energy, and it’s a lot of fun. People are coming out and knowing the songs and that hasn’t always been the case,” says Friedell. Moving forward Friedell states that their goal with their album is to reach people on a human level. They want In Motion to not be boxed into any particular genre and to speak for itself. 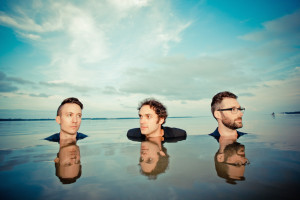