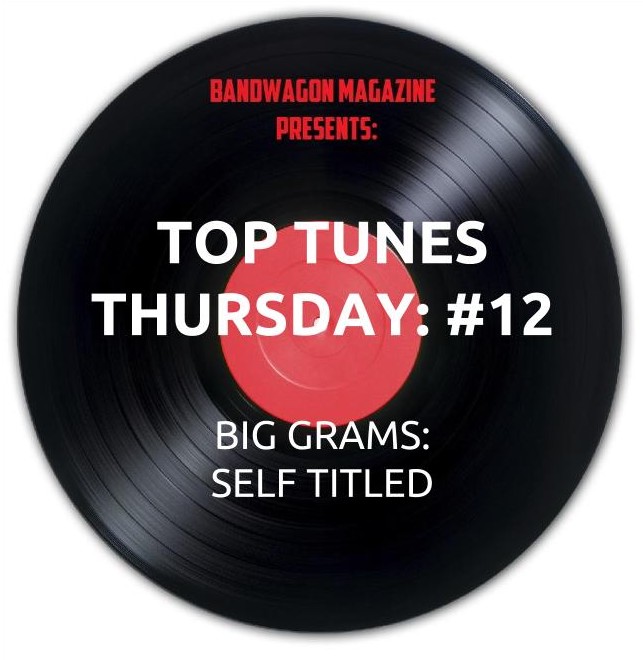 In April of 2004, OutKast released their debut record Southernplayalisticadillacmuzik. The duo of Big Boi and André 3000 infused chubby Southern attitude with the highly pervasive gangsta rap of the day. Only five years later, Josh Carter and Sarah Barthel released the first effort from Phantogram, who eventually will go onto become one of the heavy hitters in the dreamy, glistening electro pop scene they helped to form. This is one of my favorite elements of supergroups. In what world would you have guessed that Big Boi, arguably the meaner, nastier MC and producer of the Southern rap duo would come to join forces with the pastel sounds of Phantogram? Whatever their reasons, this very unlikely has produced offspring in the form of the seven track, self titled debut of Big Grams.

Not surprisingly, given its roots of origin, the music that comprises the Big Grams project is lush and lusty, indicative of the artists behind it. Though this should come as no great shock to those familiar with the down n’ dirty content of OutKast, Phantogram brings to the table its own glitzy appeal. While OutKast existed in a hip hop climate that played heavily on the sounds of R&B and soul music, it’s no secret that over the last decade or so, hip hop has taken a turn for the digital, bonding itself almost indelibly to electronic production. While I unashamedly pine for the lush instrumentation Big Boi is so skilled at dishing out, Big Grams has no illusions as to which musical lanes they drive in. The record is big, bossy, and boozy. The Southern spit of Big Boi melds with the flashbulb gleam of Phantogram’s production with ease.

From beginning to end, the project drips with urgency. Not of social or cultural urgency, but more of a quality that shows just how excited everyone is to be a part of this project. You can hear the artist’s enjoyment in each vibrant second. It’s a feel good package, and as such, doesn’t take itself too seriously. The “side project” nature here has to be freeing to these performers. The opening track may be the best example of both parties cutting loose. The verses here from Big Boi are absolutely ferocious. I know it sounds self explanatory to think that a rapper would make his raps match the rhythm of the song, but the ease with which he tip toes around this beat, moving in and out of time on a dime, it’s like listening to an wisened old samurai cut through his enemies. Though in this case, the artist is only as good as his canvas, and Phantogram provides. For a group who normally produces beats a little too buffed and polished for my usual taste, “Run for Your Life” features a synth that might only be described as nautical. Maybe rubbery? Whatever it is, it’s hard to not scrunch your face in full body agreement.

Though most of the record is an exchange between Big Boi and Phantogram (to it’s credit) the record features two guest producers. 9th Wonder produces “Put It On Her.” Again, not a lot of subtlety here, but the live instrumentation helps to break up the chrome plated monotony a bit. The hipster snob in me is loath to admit that Skrillex produces the hardest hitting beat in the entire venture. “Drum Machine,” maybe not surprisingly, features an absolutely relentless hook. I’m not sure I would have concluded the record with such a banger, but there’s a reason Big Boi and Phantogram are making the music here, and not me. “Born to Shine” represents the highly collaborative nature of this project. Besides allowing us to laugh at the idea of a super group featuring another super group, I’ll never turn down the chance to hear El-P and Killer Mike of Run The Jewels tear up a track. While I would have liked some El-P production on this track, the jewel runners feel just as home on Phantogram’s lavish, swirling beat.

I’d like to see the “to do list” for this record. It must read something like: “1. Make awesome music. 2. See #1.” Yes, it’s simple, but it’s simply fun. If Big Grams set out to make music to dance/copulate to, I think they hit the nail on the head. Phantogram released their most recent record last year, and the last time OutKast put out new music, I was a Junior in highschool. (Wow, I’m old.) While there doesn’t appear to be any tour dates in Big Grams’ future, I guess you’ll just have to settle for playing this record on repeat. You can find Big Boi at his site, Facebook, Twtitter, and Instagram, and Phantogram on Facebook, Twitter, and Instagram, and their main site. 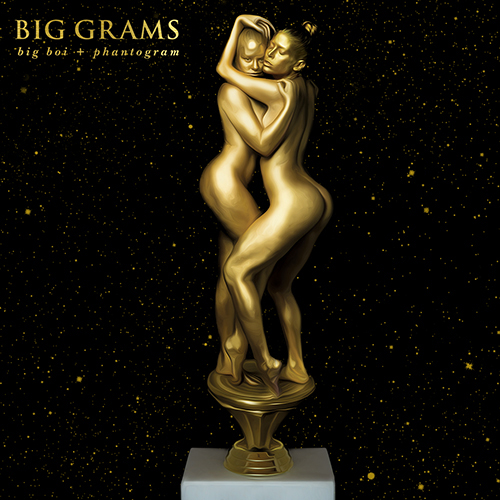