For three days Pie Lombardi of Silver & Gold essentially lived in The Blasting Room. “It was a blast,” (dad laugh) “I expected it to be more intimidating than it was. It was a very relaxing experience.” Recording at The Blasting Room in Ft. Collins is an unofficial declaration of moving forward as a band. The amount of talent that has recorded there is staggering and The Blasting Room is known for their quality of work and professionalism. But like everything in the music industry, that quality is not cheap. Paying out of their own pocket, Lombardi was not about to waste that time. For their allotted time, Lombardi tried to spend every waking hour in the studio to have some insight on the whole process. “I didn’t get all sweaty or anything, I was just sitting on a coach most of the time.”

For Silver & Gold, recording their new EP, Headed West, at The Blasting Room was a very important step for them. The last couple of years they have made a name for themselves as one of the most surprising and talented bands in Greeley. Their mix of alternative rock has developed into an emotional powerhouse live that gets better and better with each song they write. Headed West brings that to us with two tracks that showcase what this band is capable of.

Both “Smoke” and “Headed West” are tight, concise, and have the touch of a group of artists with a strong education in music. The technical intricacies can be heard all over these two songs.

Soaring above it all though, is vocalist Devon Hildebrandt. With an incredible range and melody, Hildebrandt nails these songs. After their live set, most men and women want to both be him and be with him. There is an undeniable pop quality to his style and delivery that has potential written all over it. This EP begins to bring that out.

The only real downside is the lack of more songs to the EP. As good as these songs are and would fit nicely on a full-length album or longer EP, both tracks are missing the catchiness and hooks of a radio hit to stand alone (although no one is blaming them for not recording more because they’re all poor).

Silver & Gold is like an airplane circling an airport. Although Headed West doesn’t quite have them landing yet, it shows that you’re going to want to be around when they do.

Right now, the band is focused on getting ready for their release show at the Moxi Theater October 30. Gearing up for it, they have launched an Indiegogo campaign to help get new merch and finish paying off the rest of their recording cost. If you have $2,000 sitting around, I suggest donating it so that Pie, Devon, and Brandon all get your name tattooed somewhere on their body. 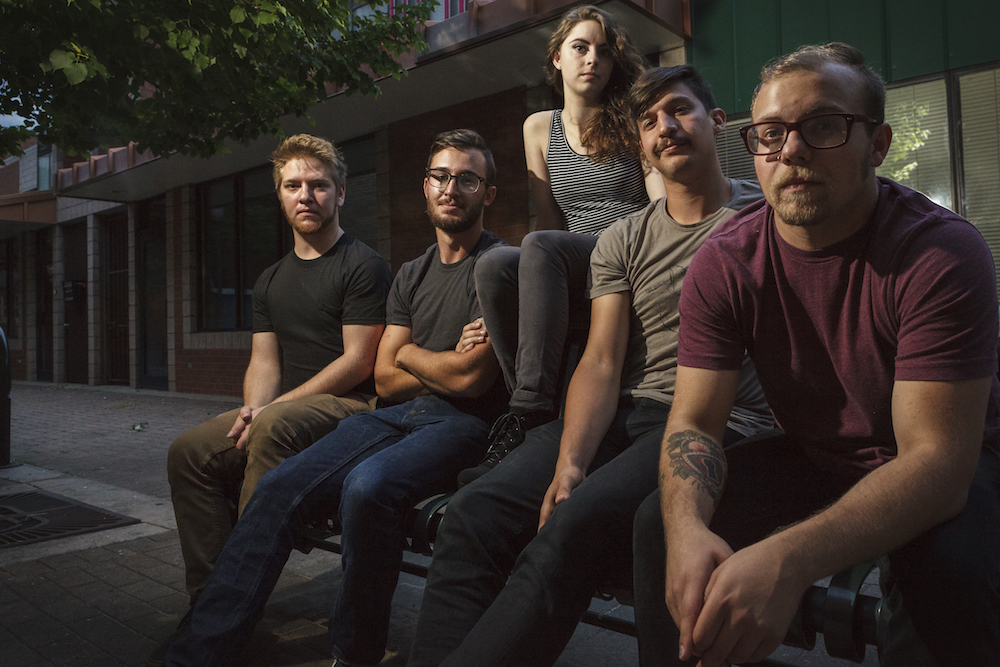