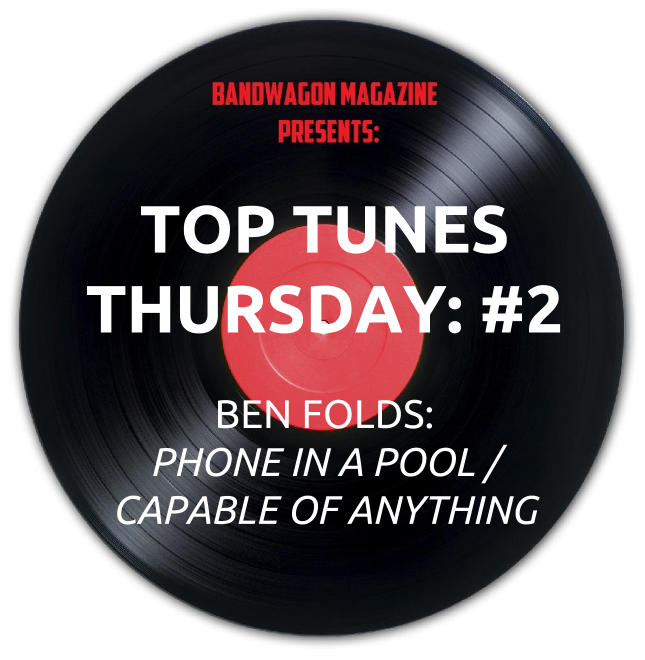 Take a moment, and think of something with me. You’re a teenager, maybe a little younger. Your musical sense ranges only a little farther than what your parents have taught you, and maybe a few bands from your super-cool super-mature music friend (My music friend introduced me to No Doubt, The Casualties, and Me First and The Gimme Gimmies). Then, one day, unsuspectingly, your tiny prepubescent mind is completely and totally blown. It might have been on a commercial, out at the store with your parents, or maybe from the ever enlightened hands of your musical smarty-pants, but a song/album has just floated into your hungry ears, and irreparably altered your musical paradigm. For me, this record was Ben Folds Rockin’ The Suburbs. It was so genuine, (which as a jaded, know-it-all teenager, was something I didn’t often come in contact with) but also so funny, and the piano playing wasn’t like anything I have ever heard. AND he said the “F word!”

It’s been a long time since I was first introduced to the sonorous sounds of Ben Folds, but he’s still making music. This week, Folds released some of the first new material since his 2008 record, Way To Normal, which was followed with a college a-capella record, and a compilation album. The two singles, titled “Phone in a Pool” and “Capable of Anything” instantly remind me of what I found so appealing as a rolly-polly youngster, and what I still find appealing as a, well, rolly-polly not-so-youngster. 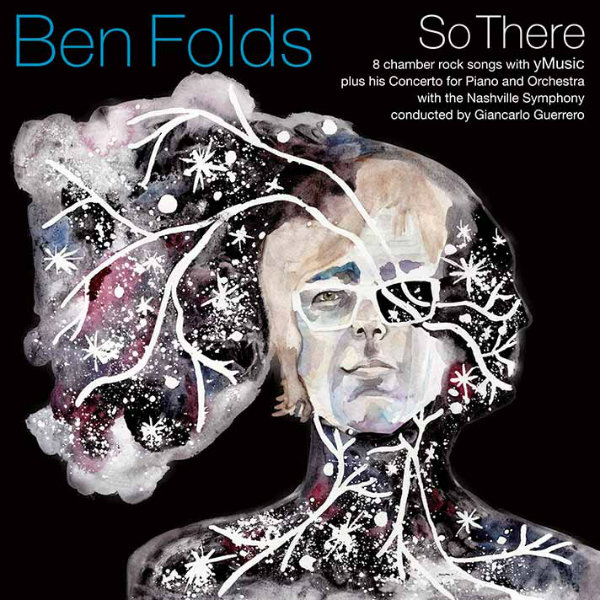 The singles are the first taste of the new collaborative effort between Folds and New York sextet yMusic titled So There. While eight of the tracks will be new music, the record wraps up with a piano concerto performed with the Nashville Symphony. While we can’t speak to the rest of the album yet, if the singles are any sign of what’s to come, this should be another excellent addition to the multi-platinum Folds library. “Phone in a Pool” feels like a cigarette flicked out a car window, driving into the sunset. Using only classical instruments, Folds and his collaborators conjure a frustrated lyric, with a breezy pop sensibility. It plays like the sequel to “You Don’t Know Me,” (Way to Normal) but possesses the same lyrical content of Elton John’s “Rocket Man.” You can see the image of Folds tossing the endlessly ringing phone of a pop star into the drink, both birds flipped to the sky, and it just feels good. As freeing as Phone in a Pool” is, “Capable of Anything” is just the opposite. The track possesses all the fire of “The Ascent of Stan,” with half of the audial clutter. You wouldn’t expect such a minimal song to pack quite the wallop that it does, but this is just testament to the talent behind the project.

In a letter to NPR, Folds talks about the goal of playing pop music without modern pop cliches like over-bassing. Considering the musician has not been shy about his love of pop music in the past, it’s a bold move to debut two new singles that actively work against modern pop tropes. In most other artists, I would prefer to see evolution between records. And while Folds has evolved in small ways from project to project, by and large, his music has always been immediately recognizable. Like Mac Demarco, or the Alabama Shakes, I don’t really want him to evolve too much. I just want him to keep making the music that got me into his music, the same sarcastic white boy piano rock. At the very least, I want something that reminds me of that first moment, that first spark of interest, and I can say for sure that these singles do that. If we’ve piqued your interest in Mr. Folds, head over to BenFolds.com, or find him on Facebook, Twitter, and Instagram. We’ve also attached the first episode of the making of the album, hosted on his Youtube.