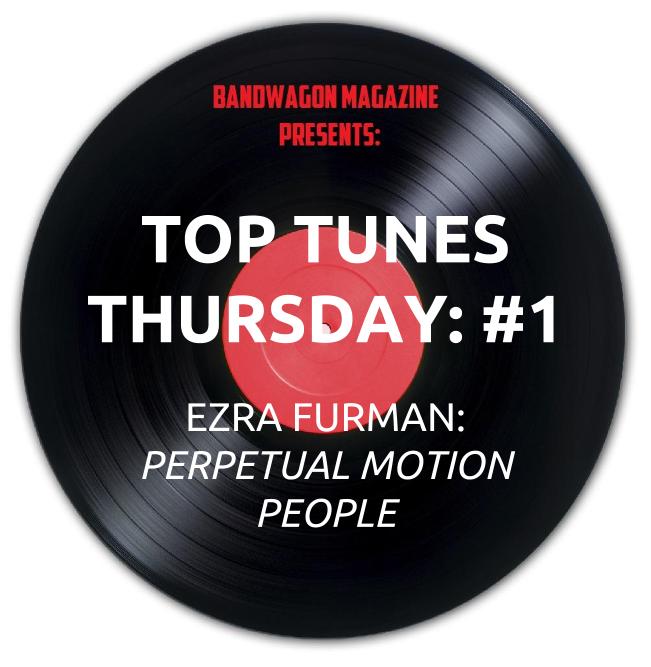 Hello, reader! If you’re reading this, then consider yourself a part of history! For you have stumbled across the inaugural issue of the BandWagon Magazine’s new weekly column, Top Tunes Thursday! Congratulations! You have great taste in reading material, and you’re probably wildly attractive. My name is Clark Lamson, and each week, I’ll be writing about my favorite record from the week of new releases. If you’re thinking you’ve seen a column like this on bandwagmag.com before, you might be thinking of New Music Monday. For all the info on why we’ve switched days, check out the final issue of NMM here. But if you already know why, keep reading and see what we’re covering for our first week! 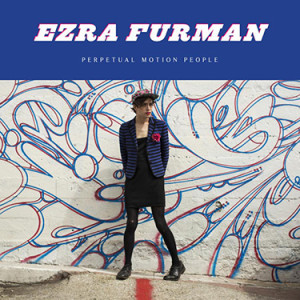 It feels only fitting that the first issue of Top Tunes Thursday (henceforth known as TTT) just might end up being one of my favorite releases of this year. If you’re familiar with the name Ezra Furman, you might know him from his debut project Ezra Furman & The Harpoons. Fellow Tufts attendees, guitarist Jahn Sood, bassist Job Makkada, and drummer Adam Abrutyn, backed Furman on three records, until his debut solo effort in 2013, The Year of No Returning. Treading similar stylistic ground to Violent Femme’s Gordon Gano, Furman has range enough for cutting wit, and stunning relatability, as can be seen in his newest record, Perpetual Motion People.

Frenetic and shaky, Furman delivers a parcel of tunes so jam packed of intention it’s hard not to break down in some punk rock convulsion, hunched over your air piano, banging out imaginary chords. While not as feverishly paced as his usual fare, “Lousy Connection,” a lead single, lays the toothy lyrical musings over a groovy doo-wop, shining light on Furman’s sensitive side. The track aloofly addresses the relationship between creator and consumer, and the noise gargling the channel in between. Though his tunes are no stranger to emotional and mental turmoil, Perpetual Motion People brings a new level of class in how they are dealt with, especially concerning Furman’s sexuality and gender fluidity (which Furman talks through with supreme elegance in this article from The Guardian).

While it’s touched on in tracks like “Wobbly” (the title of which is self-describing) it’s addressed most directly in “My Body Was Made.” The groove feels like a smoothed out New York Dolls deep cut, as Furman fights for the spotlight with a nosy, if not slightly overzealous sax. Lyrics “My body was made, so just f*ckin’ relax,” makes the body positive message of the song from the get go, but there there’s a self confidence and humor from the vocal that makes it all the more genuine. Not that being genuine is a problem on PMP, a few songs of which are just honest to goodness love songs; “Can I Sleep In Your Brain,” for example. The track is lead by a mournful pine, and backed minimally by a twinkling saloon piano, and a syncopated kit, which roils over to apex later in the track. The instrumentals are great, but the lyrics are really what shine here. Snippets like “Can I sleep on your brain tonight, stranger? Can I spend just one night on your mind?” are simultaneously heartwarming and hilarious.

Though technically Perpetual Motion People makes six records for Ezra Furman, this is only his third as a solo artist, and the first that I’ve had the pleasure of encountering. Once you’re done giving this a listen, check out his second solo record, Day of The Dog, and the final record from Ezra Furman & The Harpoons, Mysterious Power. While most of his tour dates in the following months are overseas, if you find yourself on the east coast in August, try to catch a show if you can. For all things Ezra, head over to “Ezra Furman: A Guide for the Perplexed“, or you can find him on Facebook, Twitter, Instagram, and Youtube.