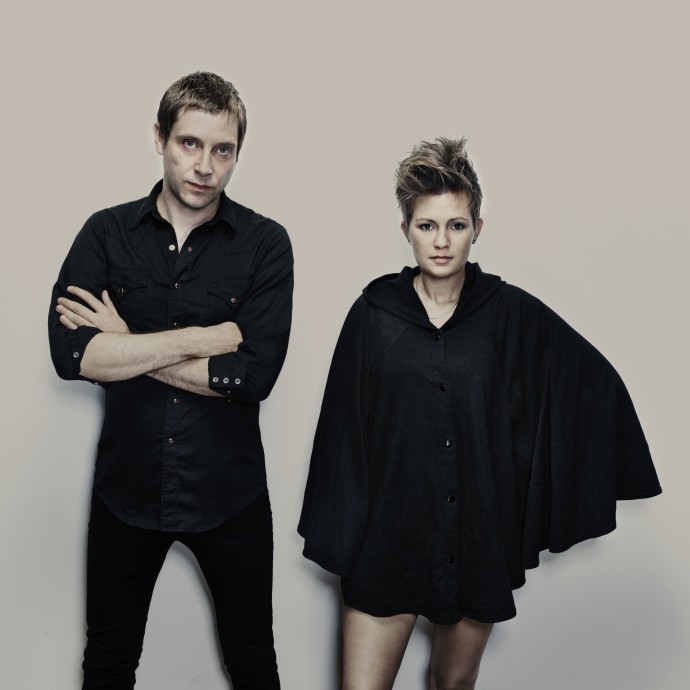 In the early 2000’s, Suzi Horn had numerous jobs that brought her close to music:  “I had worked in music venues all my life – behind the bar, in the coat room, on the door – but never played in a band. Then I met Tobin.” By Tobin, she means Tobin Prinz, the other half of the uncategorizable experimental rock outfit, Prinzhorn Dance School. The two began tooling around with the spare instruments Prinz had scattered about his flat, specifically the drum and bass. As Horn puts it; “We didn’t set out to start a band – and now it’s ten years on.”

This sums up one of my favorite qualities about Prinzhorn Dance School.

There’s an utter lack of “rock star quality,” and I mean that in the best way possible. There aren’t any masturbatory guitar solos, no winding, complicated melodies, no correct interpretation. Like John Cooper Clarke or WIlliam Burroughs, the Prinzhorn Dance School is message starkly “everyday.” It’s an unflinching look in a tell all mirror, good and bad. The beauty is drawn from, as Prinz puts it: “Landscapes. Bus stops. Ploughed fields. Birds circling above. Huge empty car parks. The sea. Dirt. Grime. Beautiful flowers in parks and fields. Visual imagery. Hearing sounds about the place too. Rhythms, crashes, dripping, humming.”

This month Prinzhorn Dance School has released their 3rd album, Home Economics. At six tracks and almost 25 minutes long, it packs more punch than you might expect. If you’re a first time listener then brace yourself for bluntly skeletal composition and esoteric lyrics. If you are familiar with the UK duo, don’t think you’ve seen all they have to offer. Home Economics brings all the candidness of prior projects, with a cleaner, brighter sound. 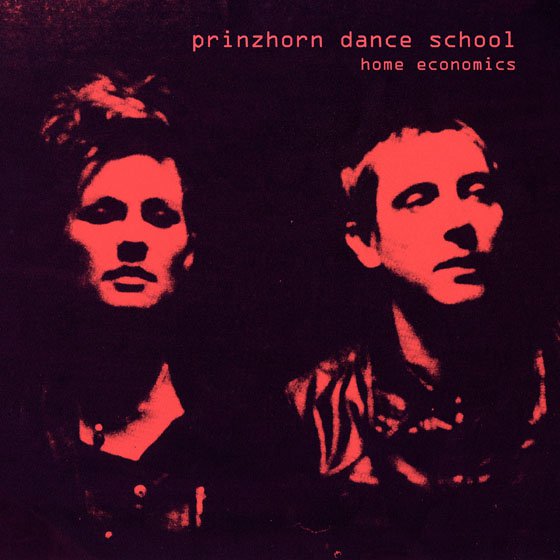 The first two records released under the PDS title were recorded in the “Red Shed” (a soundproof rehearsal space in a derelict English church) but the band found themselves stepping away from their cocoon this time and recording in a number of different locations.

“Moving away from the confined and austere environment of our red shed studio had an impact,” Prinz says. “On this record we hardly worked there at all (bar some drum takes and some guitar parts where we wanted a specific natural reverb). We didn’t want to make demos – and then try to recreate the subtle nuances and emotions of each take. It was a big step for us.”

The step shows. The best example of this sonic shift is “Clean.” The plinking guitar against the sparse lyric and chugging bass gives the image of a field of green nestled in a city, muddied slightly from a recent rain. It feels, well, clean.

For a band whose past lyrics include “I want you / stab your sweet smile / drown your laughter / drown your laughter / in a clever river,” “Clean” is not alone in being musical evolution for PDS. “Let Me Go” is a eulogy for a recently dead relationship. That might sound like no new ground, but something about the unchanging nature of the tune allows the listener to be enveloped in the emotion of the song. Since those featured in the track are so relatable, this might be the easiest to get lost in. The melody, the guitar, the bass, all echo the post relationship haze similar to Dylan’s “Don’t Think Twice, It’s Alright.” You’re past anger or sadness, or any tangible emotions. More than anything, you just want it to be done. It’s masterful catharsis, and was summed up perfectly by Prinz when I asked him about goals for the record: “We wanted a fragility. An intimacy. But nothing that felt sorry for itself. Nothing twee. Some optimism. Some hope. A balancing act of all those things.”

In Home Economics, Tobin Prinz and Suzi Horn have distilled the no fucks given attitude down to a highly potent concoction of drum, bass, and raw human observation. From the ice cool groove of “Reign” (which sounds like the soundtrack to a bank robbery) to the familiarly bare jitters of “Haggle,” Home Economics promises to please fans new and old alike.