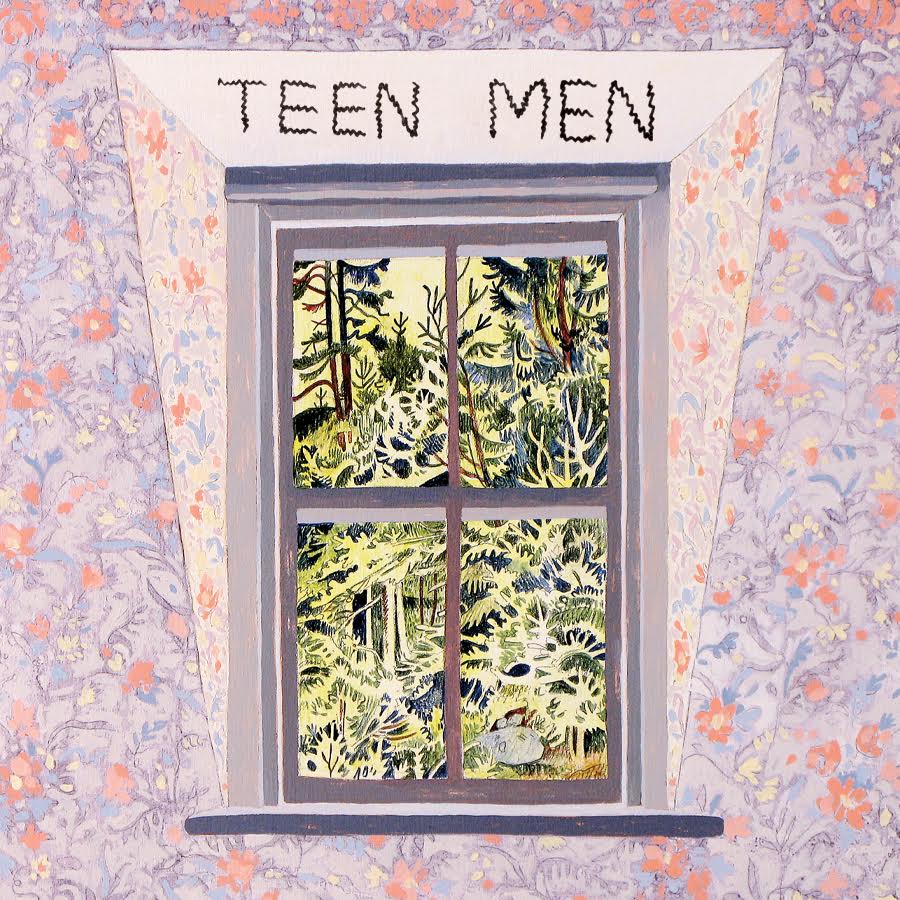 If you’re like me (and based on the fact that you’re reading this article, we can assume you are) then June means just one thing: summer music is fast approaching. While my fetish for challenging tunes is no secret, something about the summer sun loosens up my mind. Summer’s official start date isn’t even here yet, and already we’ve been treated with some stellar summer tunes: Donny Trumpet & The Social Experiment’s new record, Sharon Van Etten’s new EP, as well as new material from Jamaican Queens, Sauna Youth, and Christopher Owens. And that new single from The Weeknd? Forget about it. With one step closer to the solstice, this week brought us with a wealth of new material, including the self titled debut from Teen Men.

After finding success in their first project, indie-rock outfit The Spinto Band, Spinto co-founders Nick Krill and Joe Hobson have joined forces with collaborators Albert Birney and Catharine Maloney for Teen Men, an interactive audio/visual project. In a recent conversation with Paste Magazine, Maloney spoke about the visual side of Teen Men’s performances, huge interactive videos projected during each song: “It makes the experience for an audience member or listener more whole and hits more of their senses.”

As the beginning of this article might imply, the sounds of Teen Men are simply summered. “It’s All Rushing Back” is a punchy island romp, laced with influences of Vampire Weekend, calypso music, and synths that feel like The Rugrats theme song. It’s one of the brighter tracks, but it’s certainly not alone in being so. The album kicks off with two of its stronger singles. “Hiding Records (So Dangerous)” highlights Teen Men’s ability to turn down the temperature without losing intensity. Crisp strings and shiny vibes make a perfect backboar for the breezy Kril vocal. While oddly placed, the “Los Angeles” interlude brings to mind images of lavish pools set alight by the reflection of the city in the distance. Think Spoon’s “Inside Out” with less empty space.

Set against the 90 degree days and the blood orange sunsets of Colorado summer, Teen Men are a tall glass of cool, dry water. The debut record is out now on most major music services, and look out for the vinyl on shelves July 14.