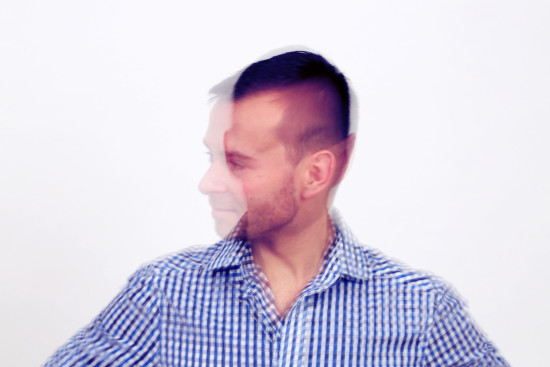 No two people explore loss in the same way, particularly when it comes to musicians. Whether it’s the dichotomous musical and lyrical tandem of Mike Ring and the Connection, the raw anguish of The Antlers, or the sprawling light-in-the-dark hopefulness of Arcade Fire, music as a coping mechanism is a powerful thing. Chicago-based City States uses their newest release, Geography, to do the same thing in honor of frontman Joel Ebner’s father. Joel was kind enough to answer a few questions about the band and the album.

Formed in 2008, City States leapfrogs off of some ideas Joel was formulating while in his original band, The Modern Temper. After that outfit dissolved, the textured sounds of City States started to materialize. Geography is indeed a very moody, emotional and textured album, and for the most part it works.

The first track to an album is always hugely important, because they can either set the right mood for the release or kill interest altogether. “False Start” is absolutely the latter, feeling like waking up after an uncomfortable slumber. It’s also one of the best tracks on the album, with a pleasant electronic undercurrent and sparse, overarching keys. “Uncharted Waters” has a similar feel, just letting layers of sound flow out without feeling too simplistic or overbearing.

Geography is in an interesting position in that it was not, from conception, an album about loss. A ways through producing the album, Joel’s father passed away, and from there it morphed into a piece exploring that death. For Joel, completing the album became much more of a personally vital endeavor; he and his father were not always close, but one thing they did have in common was music. Completing Geography was a way to explore the loss, process the aftermath and pay tribute to him. It seems that it mostly does that.

One track Joel specifically called out is “To Remember,” written about a very special remaining piece of Joel’s father: a guitar, given to him by the senior Ebner when Joel was a teenager. Joel’s father purchased the 1964 Fender Jaguar at the age of fourteen, and later passed it onto his son. The guitar still sees a frequent rotation through Joel’s actively used instruments. “To Remember” is another standout on the album, and is one of the most powerful of the lot.

When asked about the distinct “hazy” feeling to the album, he acknowledged that that is indeed a definite musical theme, though not so much the Mike Ring-esque “days after” feeling as it is an idea of everything ending.  Joel spoke at length about the overarching feeling of the album being that anything and everything that is built up will eventually come down and how that translates into his music, “constructing these intricately layered pop songs, only to knock everything over later on in each track, allowing the arrangements to descent into static and noise.” Specifically on that note, Joel called out Fennesz’s “Black Sea,” a behemoth of a track featuring similar fuzzy, layered themes. “Uncharted Waters” follows that same train of thought.

Joel has a sonically diverse set of influences and favorite artists ranging from Tortoise to Brian Eno, even St. Vincent’s excellent album Actor. Imitation is easy when you’ve got influences, but City States easily sidesteps this propensity for a uniquely styled album. Joel identifies among nearly all of his influences “a commitment to pushing against the boundaries of conventional pop or rock music,” and Geography is anything but conventional. While the album mostly has a similar aural vibe across the entire set of songs, the way that sound his harnessed changes from one to the next: the more percussive “Willing” gives way to a much slower and more emotional “I’m Always Somewhere Else.”

With a full-length LP under their belt, City States have plans to do something a bit different. Joel said that before the end of the year we can expect to see an EP of cover songs as a result of a perk during a crowdfunding campaign to get City States vinyls made. The songs themselves will be a surprise for City States fans, but Joel did say that they’ll span multiple decades, so hearing this sort of layered style applied to older and more diverse genres should be quite interesting.

Geography is slow to reveal its tricks. An initially unimpressive album becomes far better after subsequent listens, as slowing down and feeling what pulses beneath every track yields a lot more depth and emotion than a mere cursory listen will allow. Joel intends for these songs to feel as if they are collapsing in on themselves, and when the gentle additions of sounds and emotions continue to subtly stack on top of one another, they do just that. As a unique indie pop piece and as a tribute to the late Mr. Ebner, it works.