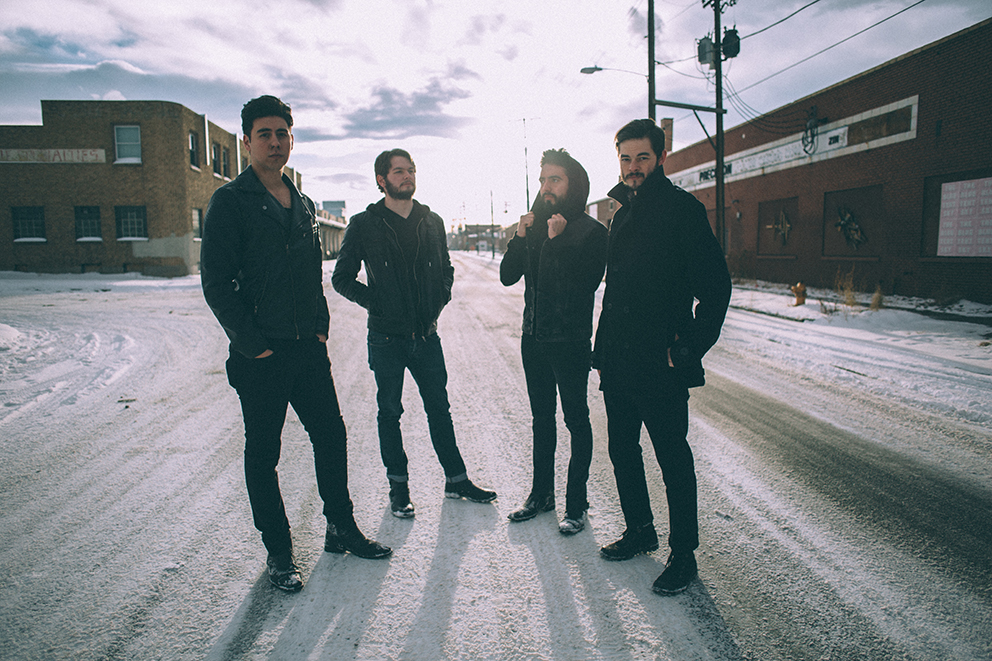 Released in January 2015, Save Me, the new EP from alternative-rockers Racing on the Sun, was the perfect way to kick off the new year for the Northern Colorado music scene. Recorded at the Blasting Room in Fort Collins and released at the Moxi Theater in Greeley along with a fancy new light show, Save Me marks a new era for the band. The EP is comprised of three emotionally charged songs and is the perfect introduction to the band’s new and refined image to new and old fans alike.

Save Me is written through front man Alfonso Cervantes’s own personal experiences as well as the experiences of others. The opening track and first single from the EP, “Self Destruct,” is about seeking the approval of others, “Whether that be as a songwriter/performer, or just as an individual,” says Cervantes. It’s also the strongest on the EP with musical intricacies ranging from guitarist Oscar Solis’s double strummed lead lines to layered gang vocals. The second track, appropriately entitled “Consequences,” gets a little personal with Cervantes’s experiences with the opposite sex. And finally, “Unbreakable” brings it all back together. Cervantes says, “We struggle through so much in our daily lives … and sometimes we appear fragile.”

The production throughout Save Me is excellent, with the drums, guitar, and bass laid down thick as Cervantes’s vocal soar over top. The fact that all the tracks on the EP coherently work together to tell a story instead of being a collection of singles is impressive. Each song brings in a different element, from acoustic guitar to piano, which allows the band to have a consistent sound without becoming monotonous. If you’re a fan of alternative rock or bands like Anberlin or The Almost, you will definitely love Racing on the Sun.