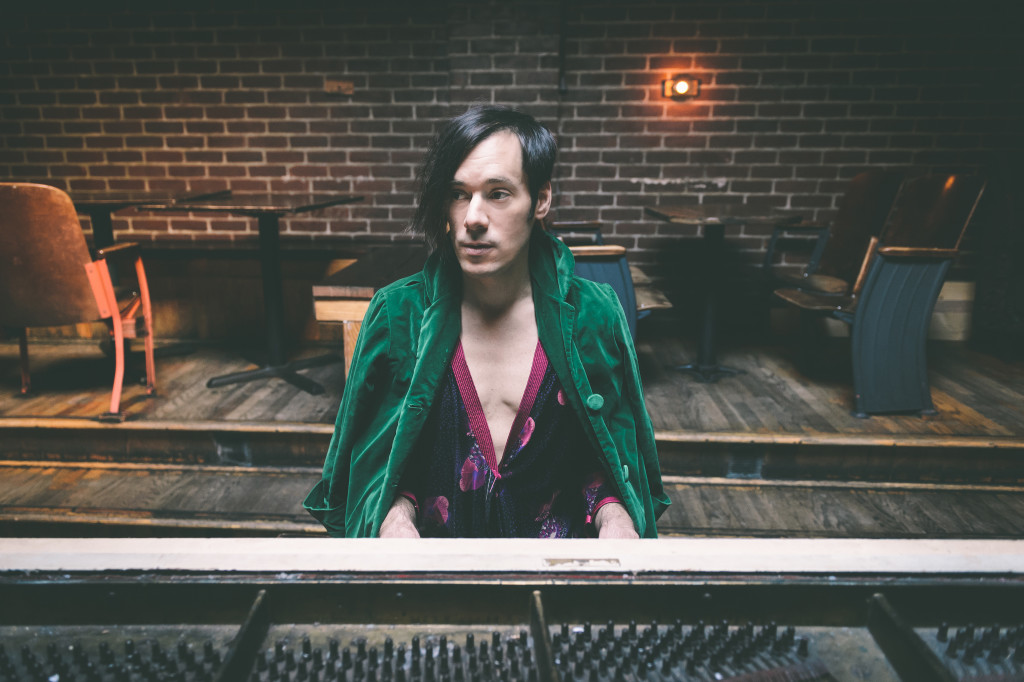 The Of Montreal frontman is referring to his latest album, Aureate Gloom, which was released March 3 via Polyvinyl Records. As a fan of Led Zeppelin, AC/DC, Black Sabbath, and other “riff rock bands,” as he puts it, Barnes is not afraid to go big. Evidence of that comes within two seconds of the opening track, “Bassem Sabry.” With its heavy guitar riff, it’s more reminiscent of “Iron Man” by Black Sabbath than an Of Montreal song, but as soon as his vocals kick in, it goes into a disco beat. This is typical of Barnes. He loves to experiment with all types of music and often incorporates several genres into one track. Often described as a “modern-day Bowie,” Barnes doesn’t shy away from this comparison at all. It’s clearly a compliment.

“He’s definitely a huge influence,”he says. “Not just with music that he made, but his approach to making music and reestablishing himself as something new. He was always trying to frame it in a different way every time; explore different kinds of music. That to me is the most exciting aspect to him. On every record, he almost seemed like a different artist. It was never predictable or formulaic. It was always special.”

Barnes has performed under his alter ego, Georgie Fruite, and most recently, Falcon Vein, a sign that he’s never too far away from Bowie’s influence. It’s partly what makes him such an interesting character.

“There’s probably some vestiges of Georgie lingering inside of me, but I’ve moved into something new,” he notes. “I had another persona named Falcon Vein that I was experimenting with for awhile.”

Whatever name he’s using, Barnes has already turned out an expansive catalog. Since 1997’s Cherry Peel (Bar/None), he’s released 12 other albums, culminating with this year’s Aureate Gloom. Over the course of 18 years, obviously Barnes has gone through a lot of evolutionary changes. However, most evident on this album is his split with his wife of 11 years, Nina. While initially extremely painful for Barnes, he admits he’s in a much better place now.

“This album is full of emotional power,” he says. “It’s very much like an open journal. Things are not dark at all right now. We’re both in a really good place and there’s a light at the end of the tunnel.”

As Barnes focuses more on Aureate Gloom and less on his personal life, he’s getting his live show together. The Of Montreal tour kicks off March 5 in his hometown of Athens, Georgia and hits Denver March 31. Despite potential assumptions, it’s nothing like A Flaming Lips show, “it’s more subtle,” he says.

“Our shows are very visual, theatrical and there’s never a static moment on stage,” he says. “There’s always movement. The visual side is very immersive, psychedelic, vibrant, and powerful. Musically, it’s pulling songs from the last seven or eight records so there’s a lot of variety. It’s like a big circus [laughs].”