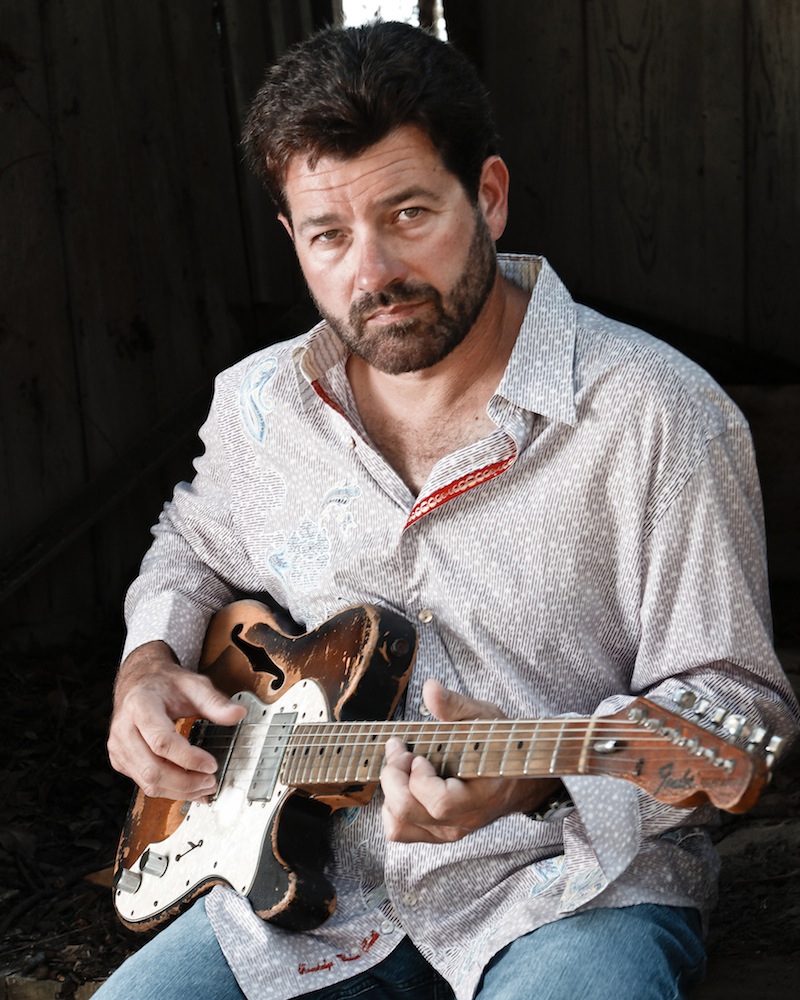 It’s June again and that means one thing for the people of Greeley: it’s time for the Blues Jam. After ten years, the two-day event that turns quiet downtown Greeley into a Mecca for celebrating the blues continues to keep the blues alive and kicking in Northern Colorado. Local businesses see record sales, bands play anywhere a stage will fit, and Blues Jam feeds the flame to a weekly summer event called Go-Cup where the city pretty much gets to party outside. This year, the good people behind the Blues Jam have topped themselves with an incredible line up from across the blues genre. Sitting in the highly coveted headlining spot is none other than the legendary Tab Benoit.

Benoit is considered by many to be among the best Delta blues players alive today. Born in Baton Rouge, Louisiana, everything about his life and music embodies his home state. His voice is brutally honest and has a quality that transcends any particular blues era. It’s anchored in the present, but lives in the places he grew up, removed from the hustle of life in the city. Benoit represents the wetlands of Louisiana with a sound that is rich and emotional, steeped in the things that make Cajun culture a dynamic and unique part of the American make up.

Those places fuel Benoit’s songs. His music takes the listener to a place deep in the bayou where people were never really meant to live but did anyway. Songs such as “Long Lonely Bayou” and “When a Cajun Man Gets the Blues” speak not only to the locations reachable by mud boat, but more importantly, what is taking place there now.

The wetlands of Louisiana are disappearing. Before Hurricane Katrina, Benoit was reluctant to get involved with government, but what he saw taking place needed a broader audience. The people of wetlands saw how quickly things were eroding and they knew the problem was big enough to create a serious flood threat in New Orleans. So he formed an organization called Voice of the Wetlands to bring national attention to the problem. But shortly after forming Voice of the Wetlands, the storm they wanted to teach the people of Louisiana to prepare for, hit.

Hurricane Katrina struck, devastating the region well before proper public outreach had been made and the destruction was unprecedented for the city of New Orleans. Since then, Benoit has championed the cause of wetlands preservation, taking the issue before the government on all levels from local to national.

The bottom line, though, is the music. Benoit is a true blues musician, releasing new material every year since 1991 as well as winning several awards including the B.B. King Entertainer of the Year award in 2007. Headlining the entire Blues Jam at Island Grove Park on June 14th, there is no doubt he will bring these qualities to the main stage. Expect to hear his take on several blues standards as well as originals for a show that demonstrates why he’s the best.