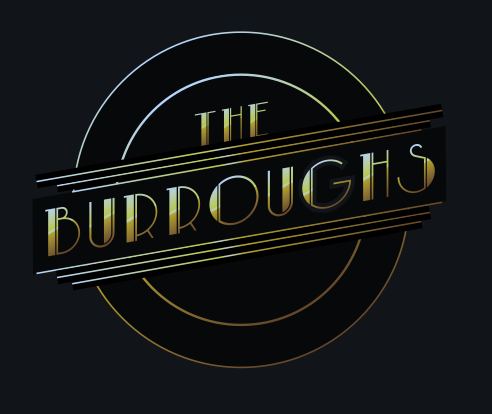 Whether they’re starting a full-on dance contest during a show with original compositions or performing rip-roaring covers of everything from Beyonce’s “Love on Top” to the Ghostbusters theme, The Burroughs are never short on energy. In under a year of operation, the band has already displayed impressive talent and limitless confidence to match a group several times their tenure. The wait has seemed longer than it actually was, but The Burroughs EP is here, and as expected, is plenty of fun.

“Anna” starts the EP off perfectly; it’s an aggressively catchy opener with a downright divine horn riff. The lyricism as well is not only sufficient, it’s satisfyingly well-executed. “Anna” features the lines “So many songs have been sung about some unfallen spring/ But every season you’re the reason for my heart to sing.” It’s one of a number of clever lyrics that rejects repetitive lines in favor of more thoughtful ones.

The epicenter of the band’s fun factor is the vocal performance of frontman John Burroughs, “Johnny B’s” vocalization and scenery-chewing stage presence feels like a cross between Justin Timberlake and James Brown, devouring his lyrics with infectious enthusiasm and garnishing them with generous falsetto. That old-school vocal style is utilized on the wonderfully nostalgic “Love My Baby,” which could have come straight from a diner in the 70s. The supplemental punch to The Burroughs’ sound is the horn section, which punches through with a satisfying gusto. Even the otherwise slightly unremarkable “Tighter” features a terrific solo at its midpoint, elevating the song to the same level as the rest of the album.

Even casual Burroughs fans ought to recognize closer “Dance Now,” which lives up to its namesake and requires supreme force of will to not want to get moving along to. The almost conversational interplay between music and lyric is great fun, and the track stands as one of the band’s absolute best.

It’s testament to how great the group is that the EP’s 4-track length is a mild disappointment. It’s over quickly, and with four mostly-excellent tracks it’s easy to want more right away. Even though what we get is just fine, it’s hard not to miss Burroughs concert mainstays such as “Poor Man’s Blues” and “Cut You Down.” However, with active social media outlets that feature every original cut not on the release, there are still plenty of ways to access the rest of the band’s excellent catalog.

Burroughs concerts are nothing short of outstanding, managing to get more or less everyone in the entire room dancing with each other, and it’s only to be expected that some of that incredible energy is lost on a studio album. Nevertheless, most of the power is maintained here, and even though the group’s sound feels tailor-made for live shows, there’s still plenty of excitement captured in the recording studio.

Even in their infancy, The Burroughs have shown just how much they can bring to the table.  The EP nails most of that live energy, and the four songs we get here are satisfying additions to the collection. These are songs that will stay in your head for a good long while, and extremely strong for a band that hasn’t even been in operation for a full year. The Burroughs have a bright future, and this fusion of classic and contemporary funk is perfect for dancing to.