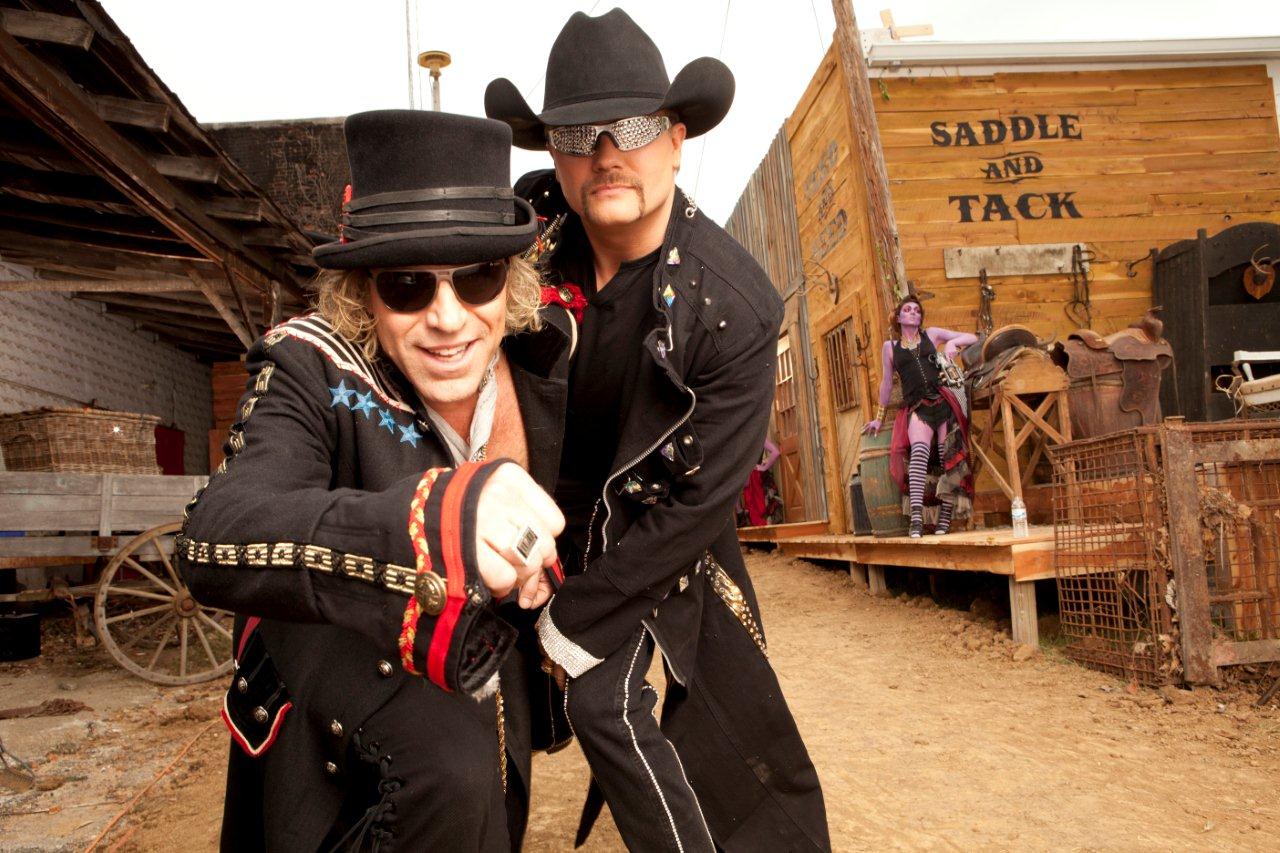 Quite possibly the most ostentatious music duo to come out of the country music scene in decades, John Rich and Big Kenny Alphin first hit it big in 2004 with their debut album Horse of a Different Color; the song the general public knows them for was the album’s number two single, “Save a Horse, Ride a Cowboy.” Since then, the duo has helped shine the spotlight on the likes of singer Gretchen Wilson and hick-hop rapper Cowboy Troy (who will be playing alongside Big & Rich and Dallas Smith at the Stampede) while putting out four other albums and taking some time off to work on their own solo projects.

Rich came from a country background, being one of the founding members of the band that would become Lonestar, while Alphin made his own rock album titled Live a Little in 1999 and fronted a rock band called luvjOi. The two met in a club around 1998 and began to collaborate as songwriters. Years later, after performing background vocals on a Martina McBride song they wrote, it was suggested that the pair record as a duo. As of 2014, Big & Rich will be releasing their next album, Gravity, sometime this summer.

You can catch the action on July 5th of the Greeley Stampede.