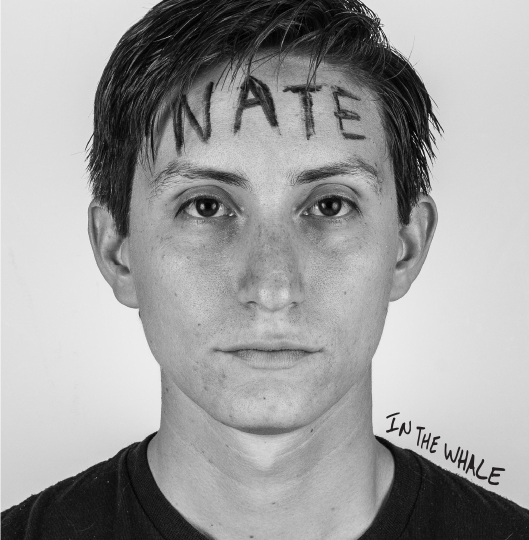 Nate Valdez slept on our couch for a week. During that time I got to know him and his strikingly unique personality–slightly brash, and certainly blunt, couch surfing here and there and landing where he could, simply because he could. There’s a candid video on YouTube involving fireworks. Nate does not care what anyone thinks. That personality, as well as his bandmate Eric’s, shine through the raucous music of In the Whale. The latest 4-track EP, Nate, has no surprises, but is as predictably solid as ever.

As always, In the Whale boasts a driving, electrifying power that takes up an incredible amount of sonic space despite being composed of just two guys. The basic guitar-and-drum formula works, and while there’s nothing at all elaborate about the band’s music, it’s the earnestness with which they perform it that makes it so damn fun. In no other track on the EP is this more noticeable than on the opener “Robert Johnson.” “Wedding Bells” is a bit weaker, sounding too derivative and familiar to be truly memorable. Still, it’s the duo’s passion that really sells the sound, and they launch back into a comfortable groove with the anthemic “Lake of Fire.”

Closing track “Grandpa Pete” surprises with some heavy metal screaming, which sounds right at home with In the Whale’s music. 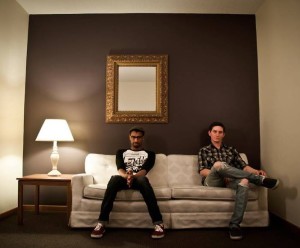 This song is just plain bizarre with the impressively growled and darkly amusing line “Grandpa Pete is a creep” and a cleverly executed guitar interlude. After all this time, the band mostly retains their raw, grungy sound. It’s rougher than it’s ever been before, too—this is the follow-up to, and the albums absolutely need to be heard alongside each other. They form a great double feature with just enough variation to be two distinct bodies, but within the same family to make a strong cohesive work. Nate, however, is not quite as good as Eric, as that album easily ranks near the top of In the Whale’s discography.

A thread of certifiable insanity runs through In the Wale’s music—an infectious energy that is difficult to ignore. This is a throwback to the wild garage rock of yesteryear that more or less doesn’t exist anymore in the current trend of clean, ultra-refined processed sound. A step away from that congested market is welcome, Nate, along with the rest of In the Whale’s work, is a good place to go.