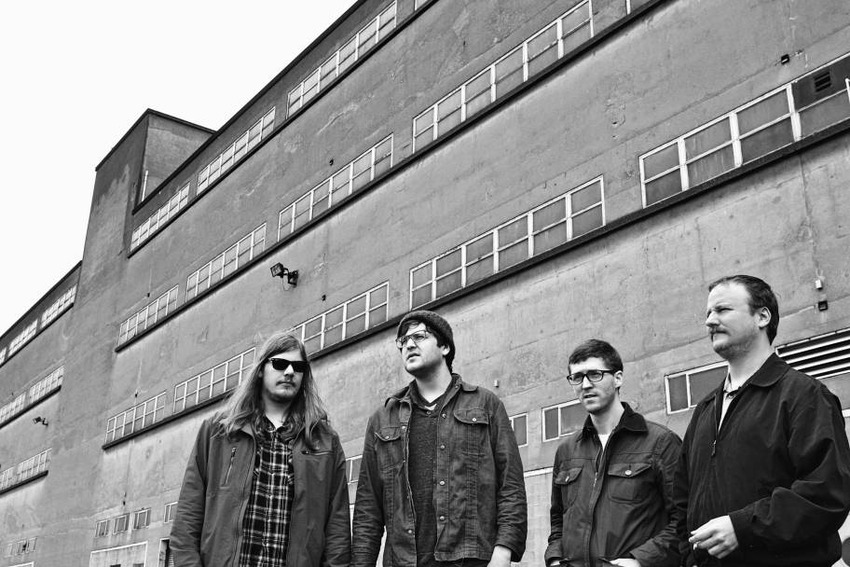 Once a beacon of progress and success, Detroit has become the standard modern example of what can go wrong in an American city. There’s poverty, crime, corruption–the myth of the city itself has transformed from the quintessential American Dream, to a less affluent Gotham swathed in a brutal struggle for its own soul. Art that emerges from Detroit is expected and often possesses a certain tint of nihilism, but most interesting are those artists who manage to both own the new myth of their city and transcend it. Hip-hop artists like Eminem and Danny Brown have done it, and now Protomartyr emerges almost fully formed with Under Color of Official Right.

Protomartyr manages to appropriate punk and post-punk in ways that make both styles seem fresh, and then absolutely fill every space with anxious guitars and an infectious, desperate humor. Songs like the fantastic “Want Remover” and “Scum,Rise” utilize punk energy to assault the listener, while “Tarpeian Rock” would likely do well on a congenial dance floor despite being an angry airing of grievances. There must be a prophecy somewhere about how perfectly Protomartyr would rectify punk and post punk and still sound new.

Barring the occasional snarl, vocalist Joe Casey sings in straight-faced baritone whether singing about abandonment, violence,  or differentiating between good and bad advice. His voice is never exhilarating nor distracting, but remains a largely calm center that works as pissed-off punk and suave frontman equally well.

Protomartyr never go out of the way to amaze, preferring to rely on an ultra-tight band and a common musical idea to craft a consistently great album. They carry the “weight” of their Detroit origin lightly, with an economy and tightness that mirror the city without being consumed by it. The lyrics often combine the abstract with the very real, good examples being “What the Wall Said” and “Violent.”

Casey’s deadpan does not make the music unemotional but instead veils the songs in a sameness that dissipates once the album is ingrained in one’s head. Protomartyr have crafted an album full of punk impulse and aggressively good songwriting, all while sounding like nearly no one else in 2014. Under Color of Official Right is easily one of the best rock albums of the year so far, and many bigger bands will genuinely need to step up to deliver the collection this Detroit 4-piece has.