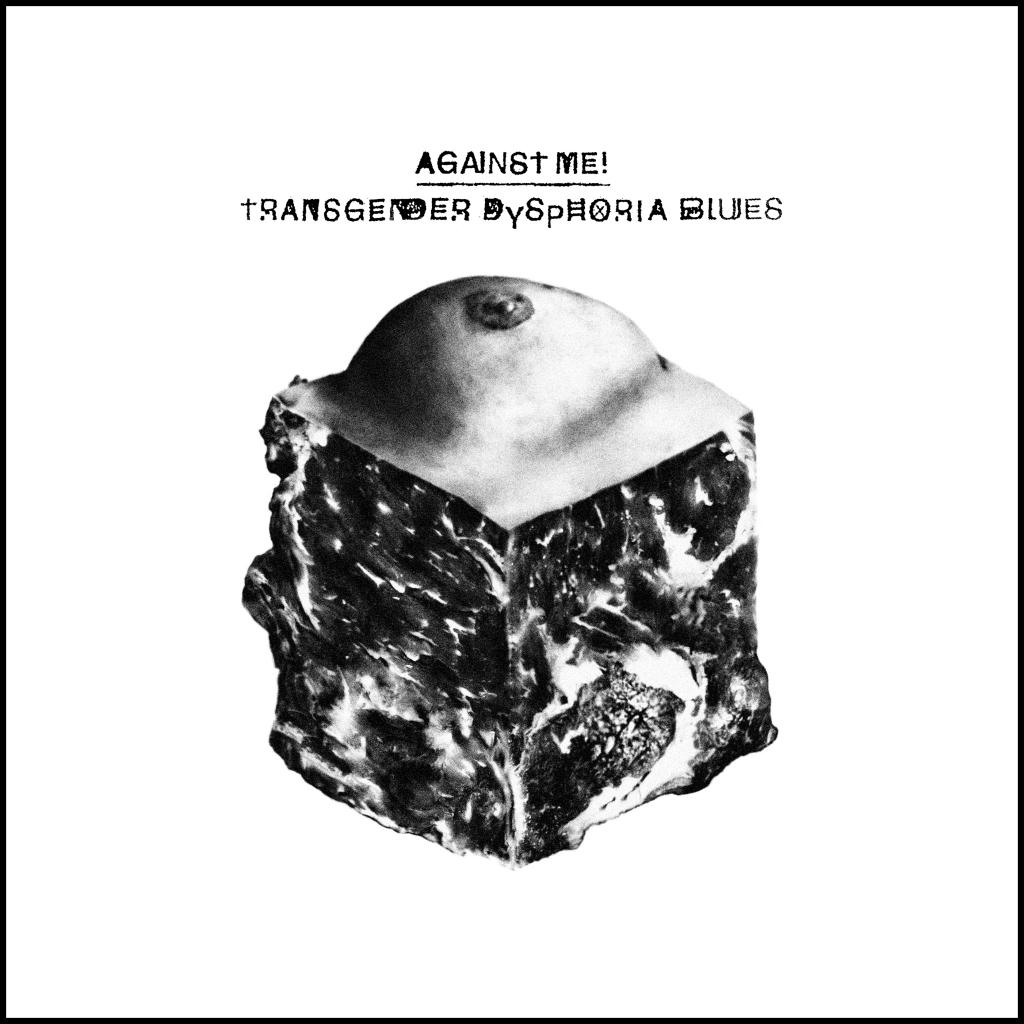 Transgender Dysphoria Blues is an album inherently bound to its context. Against Me! have cemented a reputation as a rock band that balance old-school punk energy with brutally honest lyrics and this album in itself does little to alter this legacy. By now, even most casual alternative music fans have probably heard of lead singer Laura Jane Grace’s coming out as a transgendered woman. This album does not represent Grace’s first expression of her wish to be a woman- that honor perhaps goes to “The Ocean” from 2007 album New Wave, an incredibly direct “coming out” in itself that remained veiled behind the thin impersonal wall of lyricism. But Transgender Dysphoria Blues is the first outpouring of musical expression from Grace since she openly began the transition to becoming a woman.

The album opens with the title track, a massive, energetic song that contains all the best elements of Against Me!, showcasing a tight rhythm section and Grace’s furious, unsubtle lyrics.

“You want them to see you/like they see every other girl/ They just see a faggot,” sings Grace, revealing her own insecurity and the ignorance of those whose approval she seeks. This song is followed up by the equally stirring “True Trans Soul Rebel,” a simple but effective rock ode to an anonymous transgendered woman. These two songs have Laura addressing, albeit impersonally, the experiences of a trans woman, and seem to promise an album that will delve into and explore these experiences with the type of pointed anger AM! once possessed. Unfortunately, the rest of the songs do not exactly deliver on the high bar set by the ferocious openers. The album is not bad necessarily, it is just largely forgettable, an exercise in rock cliché that almost never tries anything new and, strangely, does not really delve at all into the experiences of the newly transgendered frontwoman of a modern rock band. Reason dictates that this album could lack in anything but passion, but it is largely absent.

Songs like “FUCKMYLIFE666“ and “Black Me Out” are catchy, sure, but offer the listener almost no reason to revisit them after a few listens. Earlier Against Me! tracks like “Pints of Guinness Make You Strong” from Reinventing Axl Rose overflow with passion and energy, and remain memorable because of raw empathy and soul-shaking delivery. The tracks on “Transgender Dysphoria Blues” mostly plod along, content with an earworm chorus with some wordy declaration by Grace for good measure (i.e. “Unconditional Love”).

Considering the sheer bravery of Grace’s very-public coming out, and the anomaly of a rock band being fronted by a transgendered woman, it is disappointing that the album does not reach to the heights anyone following the story may expect. Against Me! sound almost exactly like they have for the better part of the last decade – a rock band dulling their edges, unsure of where to take their sound next. Here’s to hoping they discover that path but, for now, though this album may appeal to those interested in or inspired by Grace, it will likely find an audience only among the most die-hard Against Me! fans.