Since the release of The Chain Gang of 1974’s 2011 full-length album The Wayward Fire put this former Denver, now LA-based electro band in the national spotlight. Since then, he has been spending his days working on his follow-up release expected out early 2014. With production credits from Foster the People’s Isom Innis and Tony Hoffer who has worked with M83, Phoenix, and several others, the album is expected to make a splash with electro pop fans everywhere. 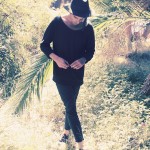 “Miko” and “Sleepwalker,” the two releases from the forthcoming album have already been met with with a warm reception, earning spots on the video games FIFA 14 and Grand Theft Auto V.