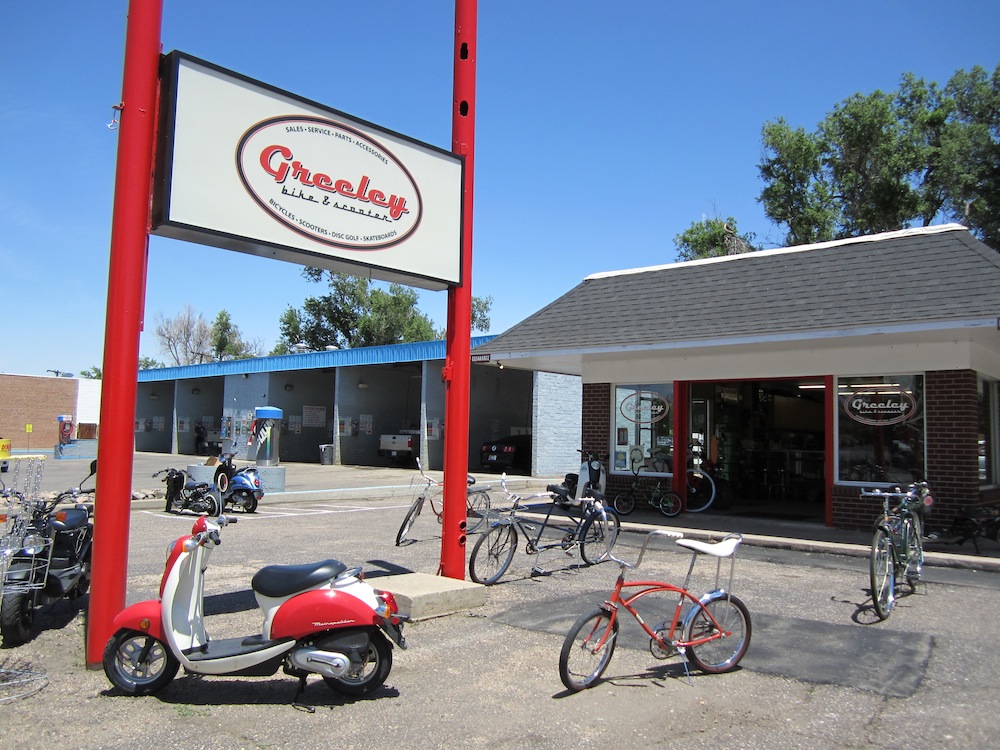 Chris Snyder and Scott Falconer have full-time day jobs: nights at Safeway and firefighter, respectively. But they have made a name for themselves running Greeley Scooters, a club of scooter enthusiasts who do group rides around town.

Lately, the pair have taken some time off playing with scooters and decided to set up shop. This month, Greeley Bike and Scooter opens up at 2530 11th Avenue. The shop will be selling and servicing used scooters, used mid-range to high-end bicycles, as well as selling disc golf gear and skateboards.

The last time BandWagon spoke with the pair, both said they had no intention of opening up a shop. What’s changed?

“The community needed a place like this,” Rioz said. “The last gentleman who just walked out, he wanted his scooter serviced. Problem is, nobody else in town would even look at it, so we’re the go-to guys.”

“Greeley Harley said they wouldn’t touch it, told them to come here,” Snyder said. “It’s pretty cool. So far, the other bike shops that have been awesome with us are sending people our way, because they get this question all the time.”

Falconer and Snyder set up shop within two weeks. With their full time jobs and no employees, they’ve had their families, friends and associates within the Greeley scooter community helping them out. Dan Rioz, an art teacher at AIMS Community College, has been helping the pair since they opened up, which has been necessary at times. Snyder said at one point, there were ten people in the store at once, not long after they opened.

“There’s been some times where it’s been a madhouse,” Rioz said. 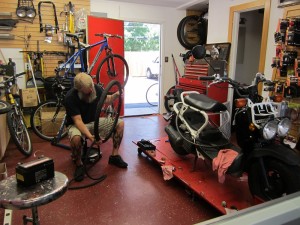 “My first week open, I said, ‘I’ve never been so exhausted and so fulfilled with friends helping and customers and the support,’” Snyder said.

“The thing that’s nice to see though,” Rioz said, “is that when a lot of the customer base ends up coming in, it becomes much more communal because even they start to interact more, and then they start finding commonalities between themselves, and there’s so many things that bring people together here, because there’s so many different avenues.”

The shop is quickly becoming integrated with the Greeley community. GBS has hooked up with indoor skate park The Farm, they have spoken to the manager of The Cheba Hut and the guys behind Three Rivers Disc Club. The shop is going to be the only stop in Greeley for Bike-to-Work Day on June 26, with plans to serve breakfast the morning of.

“We want to be kind of your neighborhood bike shop,” Snyder said, “part of the community—obviously we already are with our scooter club, but we want to do events.”

“We don’t want to necessarily take away business from anybody else, we want to work side-by-side with them. We want it to be about Greeley being more, like, bike-savvy and being more open to these things.”

“And they’ve been really great with us, too,” Snyder said. “Everybody’s been so supportive, the other bikes shops.”

For those interested in getting their scooter serviced, looking for a nice used bike, or getting into skateboarding and disc golf, you can check out the store noon to six Tuesday through Saturday at 2530 11th Ave. For details, visiting their Facebook. 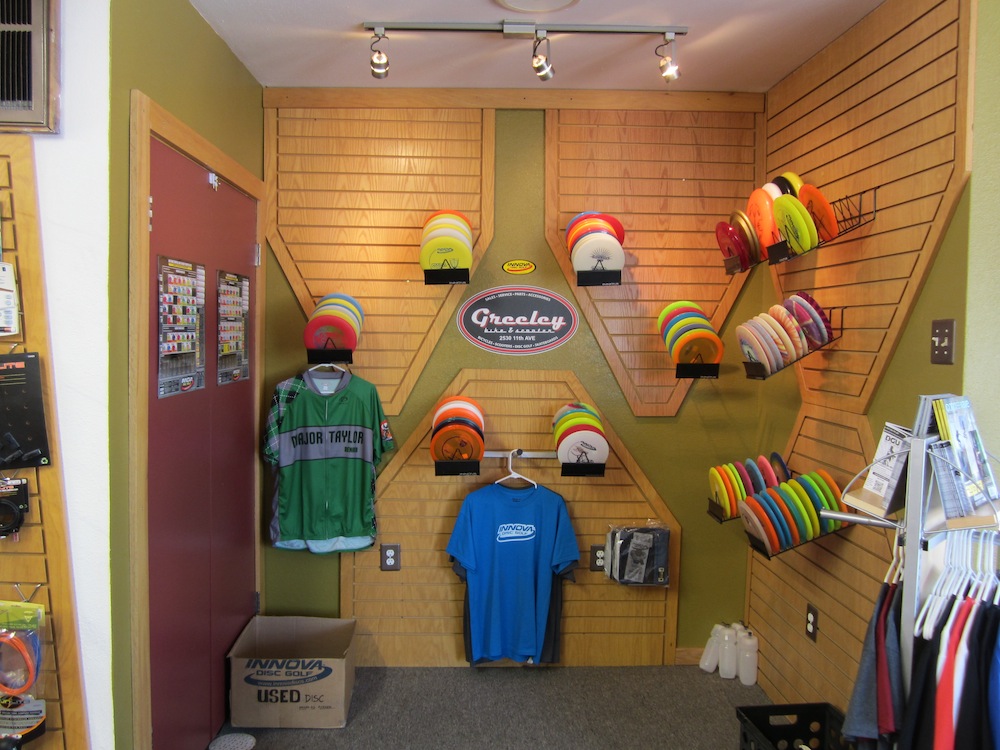