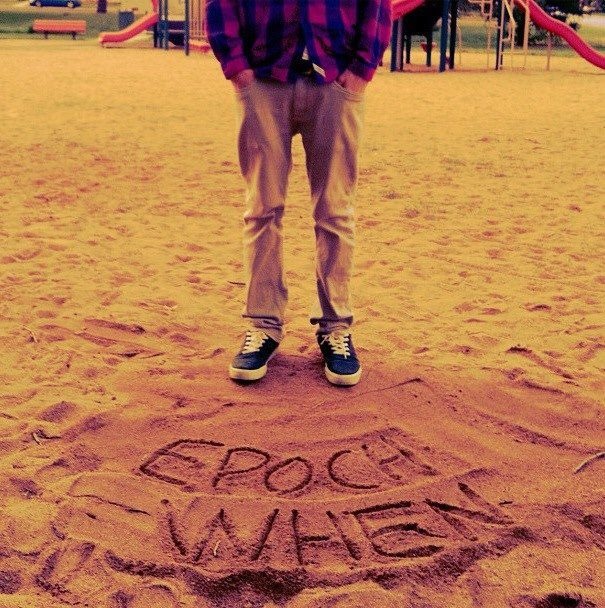 Alex Koutsoukos, better known as Epoch When, released his new album, E-sides, April 15th in an endeavor that demonstrates his lyrical talent while sharing some very personal moments from his life. Epoch When’s fifteen-track album touches on his struggles growing up, and his frustrations in recovery from drug and alcohol addictions.
The album consists of several tracks Epoch When finished in 2010 but decided not to release until he started producing E-sides over the past year. Epoch When’s clever old tracks, which have been re-mastered and dropped on this new project, do not disappoint.
The talented, young emcee continues to build his credibility on the mic as he becomes more established, and it shows with his new full-length album. Although some of the tracks on the album are short on E-sides, Epoch When explained, “I was just getting into rapping when most of those tracks were written and was having a hard time slowing down and staying focused.”
As a result, he explained his rapping would come out fast and short, and he had a hard time combining his raps so he would just start a new track. E-sides is full of engaging tracks that are well produced, lyrically impressive, and worth a listen.
One of the most impressive tracks on the album, produced by Sm-grims, is titled “Beautifully Broken.” The track talks about Epoch When’s struggle with a girl he used to date and was crazy about but she pushed him away. The track tells the story of a girl who changed his life for the better, but as time went on she felt the two of them could never work. The song is incredibly well produced and full of great imagery, forming a painful unrequited love story that is both relatable and passionate.
In the first verse of the track, Epoch When drops the line, “You be all I’ve got, and I be all you’ve got, so if it falls apart, no one can take my spot. We’d be beautiful, and no one would be broken.”Another great line in the track in verse two states,“Cupid slings arrows targeting the women, but all that means to me is I’m replacing my addiction and now we’re beautiful, and you said we’d be broken.” The fast pace track pulls listeners in with a catchy beat, smooth rhythm, and moving story.
Another mentionable track on E-sides is “String Cheese & Wine,” which Epoch When says is “mostly about me just being really frustrated dealing with being in recovery.” One of the lines from the track states, “refills of every pill that’s killing me, late nights at therapy, and dairy queen diets, violence, followed by I ‘quits,’ why’s it so difficult convincing pigs my eyes are like this?”
Although the tracks reference violence and drug abuse, he was happy to report he has been one hundred percent sober for over a year, saying, “It’s crazy to listen back on these tracks and hear how my perception used to be, and seeing how much it has changed compared to now.” He is working on a new album called Spirit of the Stairway which he hopes will really demonstrate his new lyrical talent and state of mind. 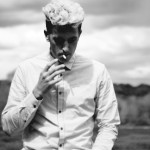 E-Sides was produced by Sm-grims from Cozumel, MX, Blacksheep, and L’Artisan from Paris. Epoch When records and masters his vocals on the tracks himself, as well as producing a few of his beats on E-sides. It’s a great album, available to download on his soundcloud. Epoch When will also be in Greeley to perform at the Moxi Theater on July 13th. Check out this engaging album for yourself, and keep an eye out for his album Spirit of the Stairway.