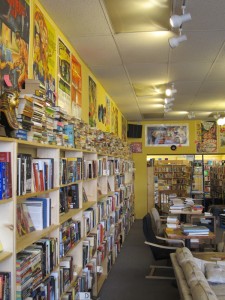 Vinyl lovers have a new haven in Fort Collins. The Bizarre Bazaar is a relatively new record and book store located on Linden Street, run by Jane Makarchuk and her husband Scott. Makarchuk said her family is from the northeast and had run a bookstore before.

“We decided to move out of the northeast area for all sorts of family reasons and climate and such,” she said, “so we decided to just transplant our business to Colorado.”

In the year and a half the Bizarre Bazaar has been open, Makarchuk said they’ve been growing their inventory and in general have had an amazing response from the local community.

“Because, I think, we’re one of the very few record stores in northern Colorado, the response has been absolutely fabulous.” Makarchuk said, “We’re now selling new records, we order records for people, we get a lot of really great response and support for the bookstore aspect, we have quality books, so it’s been remarkable.”

While the store does take in used books and records, the only new media the Bazaar sells are new records. Everything else is used, or as Makarchuk said, “previously owned, gently used.” 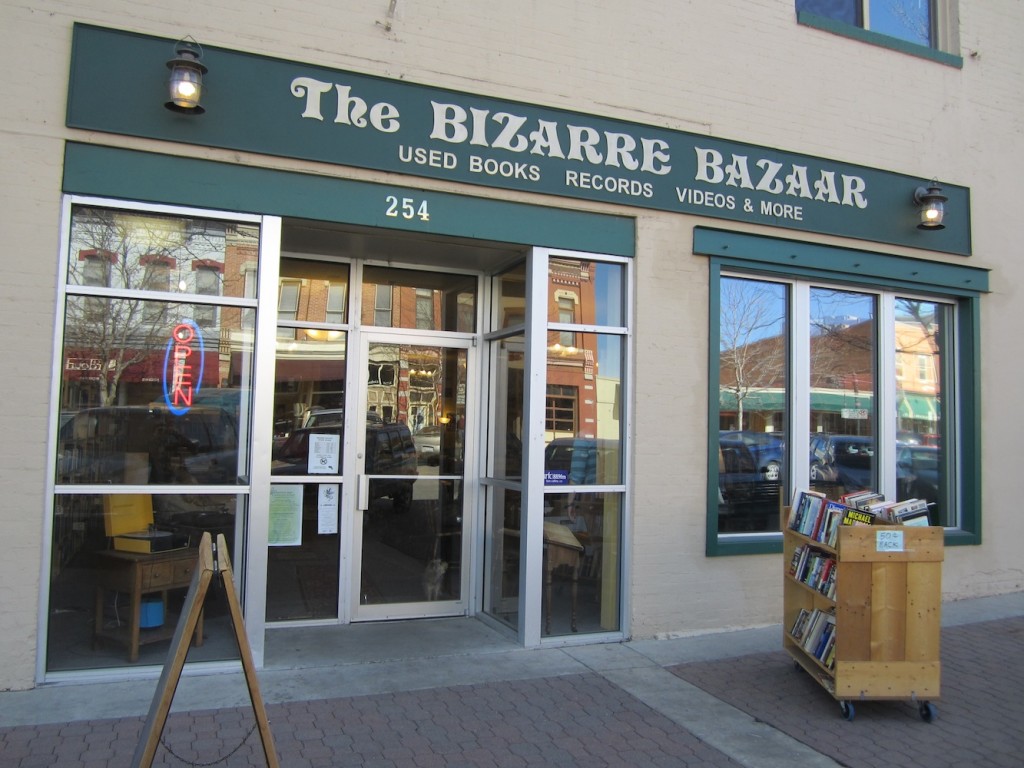 As Makarchuk explained, it’s very easy to sell stuff to them. The store is open seven days a week with no special buying hours – “any hours we’re open we’ll buy.”

The store will take in DVDs, CDs, Books, comic books and records. The store offers people cash or 50 percent more in store credit.

“They can use the store credit in anyway they want to use it,” Makarchuk said. “It’s not a percentage-based system. If you have $20 in credit, you can buy anything valued at $20, including a new record.”

Among the virtues of The Bizarre Bazaar, Makarchuk said, along with reasonable prices and a refined collection of media, the store has also done a good job of giving back to the community.

“We’re a small, independently-owned family business,” she said. “We also support our community in a lot of different ways. We offer free space to community groups for fundraisers, yoga, homeschoolers, local bands who want to do CD release parties here, and we also carry local artists’ CDs, and we don’t take any cut from it. I think that it’s a great idea to support your local independent books and record store, as opposed to buying online or as opposed giving your money to a large corporation and the money goes elsewhere.”

The success of the store hasn’t resulted in Makarchuk resting on her laurels. There are plans to open a small café with the store, and subsequently have late night hours, giving the store a unique position in Fort Collins.

“We’ve had a lot of live music here, but when the café opens we’ll have more of that, and you can be here late at night.” she said, “There are very few cafes open late at night in Fort Collins, so we’re kind of filling that void. We’re not going to be a bar; we feel that there’s enough bars, but if there’s somebody who wants to not go to a bar and be out at night, get a nice pastry or a nice dessert and a latte, then we’re filling that void.”

Those interested in checking out The Bizarre Bazaar in person can head to 254 Linden Street in Fort Collins, or check them out online at FortCollinsBazaar.com.