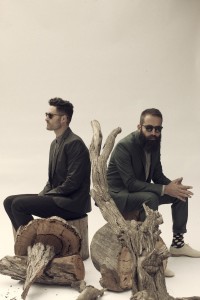 A musician’s status is usually measured by the number of record sales, number one singles, and sold-out shows they achieve, but the indie duo Capital Cities has found success without even releasing a full-length album. Their first single, “Safe and Sound,” has been in heavy rotation on alternative and pop radio since its release and has continually grown in popularity. The infectious synth heavy melody, pounding steady drum beat, and catchy vocals lead into a prominent trumpet riff that carries the huge chorus, making the track immediately memorable. The elaborate video for the song is equally mesmerizing, featuring Capital Cities’, Ryan Merchant and Sebu Simonian dancing through decades of dance styles while singing the track.

Capital Cities call Los Angeles home. Though in a city already flooded with larger-than-life musicians, they have found popularity after releasing just a few songs. When asked if they imagined their music would become such a huge achievement, Simonian simply replied, “I’ve always been optimistic.” That positive attitude is reflected in the fun, upbeat sound of both “Safe and Sound” and their second single, “Kangaroo Court.” Both tracks were featured on the compilation Pop Up #1 by Internet gossip blogger Perez Hilton. But fame isn’t the driving force for Capital Cities.

“Music made me want to make music. Some of my favorite musical influences are Pink Floyd, Chopin, Depeche Mode, Suede, Underworld, Royksopp and MGMT,” said Simonian. Their love for a large variety of music and true desire to simply make good songs shows in the polish and passion heard on all the material they’ve released so far. 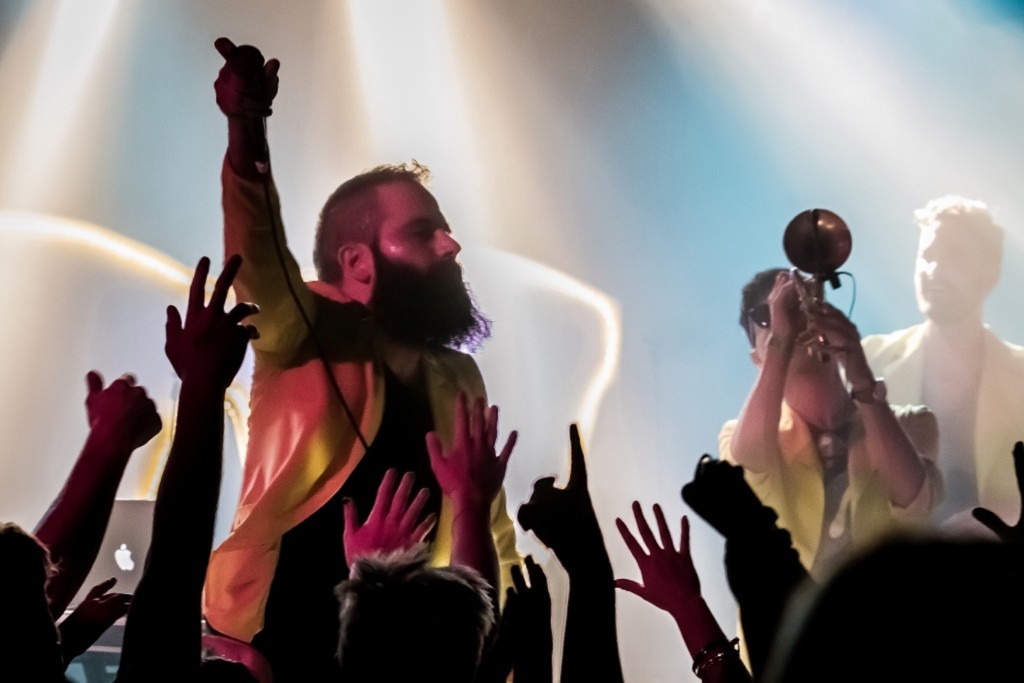 In a Tidal Wave of Mystery, the pair’s debut album, is due out this June. With so little material out (just an EP and two singles,) it’s hard to anticipate what the album will sound like, but Sebu says, “There will be a lot of danceable, melodic, alternative-electro sounding songs on the album. But we do feel like we touch upon a diverse range of styles. Overall, the vibe is fun and positive, but we also like to venture to the dark side with some of our sounds, chord progressions and lyrics.” For an act with such a contagious sound already, expanding into a larger variety of styles can only make them more intriguing and exciting.

Although they found popularity suddenly, Capital Cities hasn’t simply stepped into the limelight. They have put in hard work and are currently on an extensive tour to promote the upcoming album.

“The tour has been great. We’re about to play our 7th stop. Our RV is parked just outside the House of Blues in New Orleans, so at the moment, I’m most excited about tonight’s show and the jambalaya we’re about to enjoy,” said Simonian, clearly enjoying each experience as they come. Included on their long, full tour schedule are four Shows in Colorado; The Black Sheep in Colorado Springs, Belly Up Aspen in Aspen, The Aggie Theater in Ft. Collins and The Gothic Theater in Englewood, May 21st through the 24th, respectively. “We played twice in Colorado already. Both shows were great. We made lots of friends out here. In Colorado Springs, we were treated to an epic late night pizza and hot wings feast at Johnny’s Navaho Hogan. We love this state,” said Sebu.
Late last year, Capital Cities signed a record deal with Capitol Records to release their debut album and promote their tour, but after they wrap up all their current endeavors, Simonian said they will “see where the wind takes us, but there will definitely be a lot of touring, and whenever we are in town, we’ll be working on videos and subsequently more new music.” With such a large agenda of things to accomplish in the next couple months it’s amazing that these driven individuals are already thinking about what’s next, but if their hard work continues to pay off like it has so far, we can expect even bigger things from these up-and-comers.