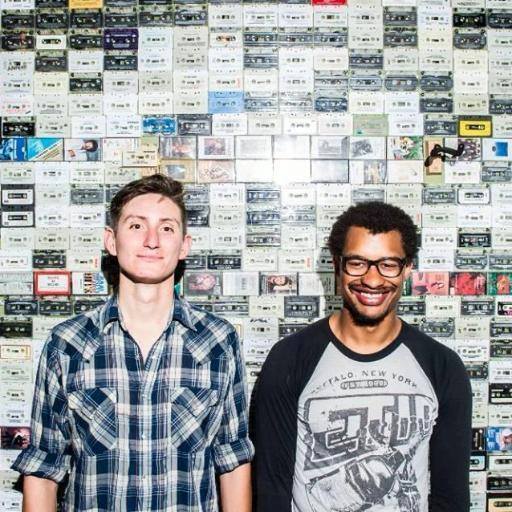 For Nate Valdez and Eric Reilly of the two-piece rock band In The Whale, the last seven years has been a wild ride on the slow burn to success. From their humble beginnings in the early days of the Greeley music scene to their grind touring at a national level, In The Whale has evolved both sonically and professionally.

With 75 shows and 30,000 miles on the road from just this year alone, these guys have been everywhere. Their brand of rock and roll has only intensified over the years, turning them into one of the best live bands to see. At the same time, Valdez says that has a polarizing effect on people and can turn off people who aren’t there to rock. And as often as they gig, they don’t always but the venue.

“It’s like when a business has been around for a time and you ask, what do they sell here? Well, they still sell hamburgers. You came here for a hamburger, so don’t ask me for a lettuce wrap, because what have we been doing for the last forever? I look forward to harshing people’s mellow sometimes,” laughs Valdez. “Sometimes I see people sitting down at tables with tablecloths. Tablecloths!”

“Yeah, it’s like why did you bring us here? I sometimes get on the mic and say blame the promoters and talent buyers,” says Reilly. “Blame whoever brought us here. They heard our music, they saw our videos.”

For In The Whale, the trick is to not really give a shit, but also not be dicks. They get to do what they love for a living and they’ve seen enough to not get hung up on the things they used to. Now it’s more about letting the music speak for itself and show people they’re here to have a good time.

“It’s about being more tongue-in-cheek and self-aware, it shows people were just two guys, we’re not larger than life. We’re just two dudes that like to make fun of each other. It’s fun,” says Reilly.

In today’s heated political climate, it’s easy for bands to get political. If ever politicians were an easy target, it’s now, and for rock and punk bands everywhere, it’s almost expected for them to weigh in. For In The Whale, while they have their own views, they try to stay above it all.

“That being said, we want to go on record and state we doing support Nazis,” adds Reilly.

Now already for a bit of rest, after they return to the Greeley Block Party on September 22, they plan to take a short break. After taking a few months off with a few regionals shows in between, you’ll find them back out on the road in December with plans to eventually return to the studio to record either an EP or a full-length album. Truly one of the best live bands from Colorado, In The Whale is not to be missed.