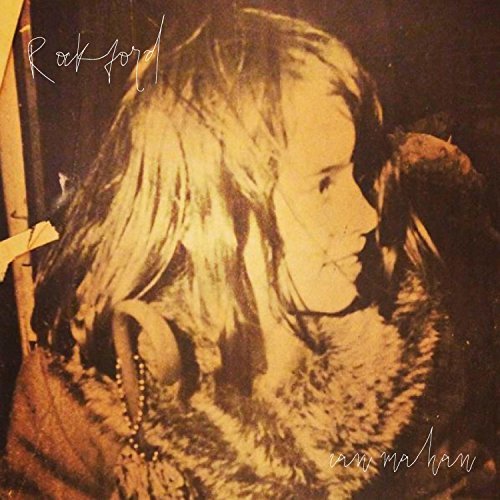 Ian Mahan, based out of Denver, says he blends together pop, blues, folk, “and old-time entertainment,” and his latest album, Rockford, particularly leans toward an acoustic indie/pop blend with gentle, relaxing lyrics. The album could be called sweet, or in less generous terms, sappy. But for an independent singer-songwriter, Rockford is a good step forward.

This is a pop album, but not in a bouncy way. With a folk tinge, Mahan’s breezy acoustic guitar is the most prominent instrument throughout the tracks. Rockford will make you want to sway with your special someone in a darkened bar, sipping whiskey-on-ice while Mahan plays. The only exception to this feeling is the final track, “Elmhurst,” which is a collaboration with a singer-songwriter Stellan and it sounds made for radio. It’s the most pop-sounding song on the album in comparison to the rest of Rockford‘s and more acoustic, folk-inspired songs.

Given that the album is available on all the streaming sites, we actually have a metric for what the most popular song is, which is “Bet and Pray” at almost 800 plays on SoundCloud at the time this review was written. “Bet and Pray” is a love song from Mahan‘s perspective, hoping to see his love soon. His songwriting is generally upbeat and positive, filled with earnestness throughout, and “Bet and Pray” is the perfect distillation of that. The only song that is the exception to this is “Elmhurst” yet again, which is about a guy who can’t find himself, lost in a drug-filled town. “Elmhurst” honestly sounds like it belongs on a different album in comparison to everything else, which leans more in the direction, style-wise and emotionally, of “Bet and Pray.”

Aside from “Elmhurst,” the majority of Rockford is a decent, folk-leaning pop album that those with a love of folk and pop music should enjoy. Again, the album is available for free listening on the majority of streaming sites, so you can check out for yourself.