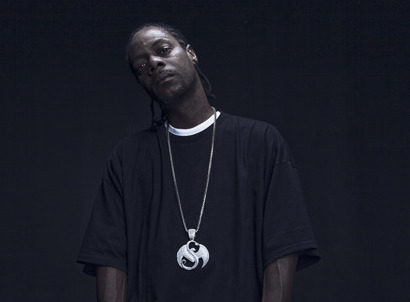 Infamous for his tendencies towards dark, twisted rap tales, or what many call “horrorcore,” Sacramento native Brotha Lynch Hung (real name Kevin Mann) has established himself as an inimitable force in the business. Since stepping out with the 24 Deep EP in 1993, he’s continually pumped out solo albums, only taking a hiatus between 2003‘s Lynch by Inch: Suicide Note and 2009’s The Gas Station Mixtape Volume One. Admittedly, he was not exactly sure what he was going to do during that period of his life.

As fate would have it, he was approached by Tech N9ne (for a second time) to sign with the independent rep titans imprint, Strange Music, Inc. Confident it would be an ideal home for him, he signed with the Kansas City, Missouri-based label and never looked back. In 2010, he released his inaugural album with the successful indie label, Dinner and a Movie, which included guest spots from notable artists such as Snoop Dogg, Tha Dogg Pound, Tech N9ne, and Krizz Kaliko. He followed up with 2011’s Coathanga Strangla and 2013’s Mannibalector, which many fans consider some of his most outstanding work. To date, he’s sold nearly three million albums independently and is clearly intent on selling more.

You’ve sold millions of CDs independently. I want to know a little bit about the initial hustle. What made you decide to start rapping and pursue a career?

I started rapping at 13-years-old. There’s a song called “Rapper’s Delight” and everybody memorized the whole song. I put two tape recorders together, put that beat on, and said the “Rapper’s Delight” rap, and I listened to myself back like, ‘Hey maybe I could do this.’ I never knew anything would happen out of Sacramento because mostly LA or New York rappers were making it big, but I just kept trying and added some rap battles. I went to every high school in my city and battled all the rappers- and won. I really felt I could do it after that. So I kept it going and kept trying to make it for years and years. Finally in 1991, I dropped my first EP and it did pretty well. So I picked this. I never had a regular job. This has always been my job. As broke as I was, I made this choice.

Not a lot of people can say that – that they’ve never had a regular job.

At the time, I was too young to even think about having a job. I was still living with my mom, but when she put me out because she felt I was good enough to be on my own, that’s when I started stressing.

How did it feel to be out there on your own?

Well, it was scary. I had a couple good friends that would let me shack up with them. They pretty much financed my studio time. At this point, I’m still a loner, and I stayed out of their way. Whoever I shacked up with would barely see me. That made it easier for both of us. I just kept pushing and pushing.

Were you into the whole horror movie thing since the beginning?

That is my favorite thing of all time. It started with The Twilight Zone. Oh, I got all the episodes – the whole series. Took like a month to get to me, but I finally got them all. I was around 13 when I started watching that. I love horror movies so much. It just seeped into my music.

Where do you live now?

I’m still in Sacramento, but I am planning on moving to Southern Cali because Snoop wants to do a couple projects with me.

You want to settle in LA?

Yes, it’s better for me connection wise. There are a lot of people I mess with down there, plus my wife wants to become an actress, and I think being in Sacramento is kind of uninspiring for her. If I got her close to Hollywood at least, she’ll be more inspired. She’s 19 years younger than me, so she’s going to have to take care of me.

I was reading about the 18-year-old kid from Colorado who murdered three of his friends and how a minister suggested your music played a role in the murders. How do you feel about that?

Well, I was sad. What made me more sad is that he couldn’t define fiction from reality. The stuff I talk about, it’s a character. It’s like Tarantino. The stuff you see in his movies don’t happen in real life. It’s sad he couldn’t decipher that. I can’t control that, but I send my prayers out to them. I don’t know what was going on with that situation.

So often, Hip Hop and rap get blamed for violence. Art can’t influence a person to commit a murder, especially when the person is clearly suffering from some kind of mental illness.

I mean, they have to get it from somewhere, but there’s nobody to blame but the people that raised them. My kids listen to my music more than anybody in the world and they’re not out killing people. If he had a mental problem, I’m sad for his family, but if he was just doing it because he’s listening to my music then he’s got a serious problem.

Is Strange Music like your family at this point?

Oh yeah, definitely. I wasn’t even thinking about this tour. They called me. I guess they had a meeting I didn’t know about and Travis mentioned me. When I first met Tech, he said he’d been a fan of mine since 1991. I was like,‘What?.’I didn’t know that. It feels good.