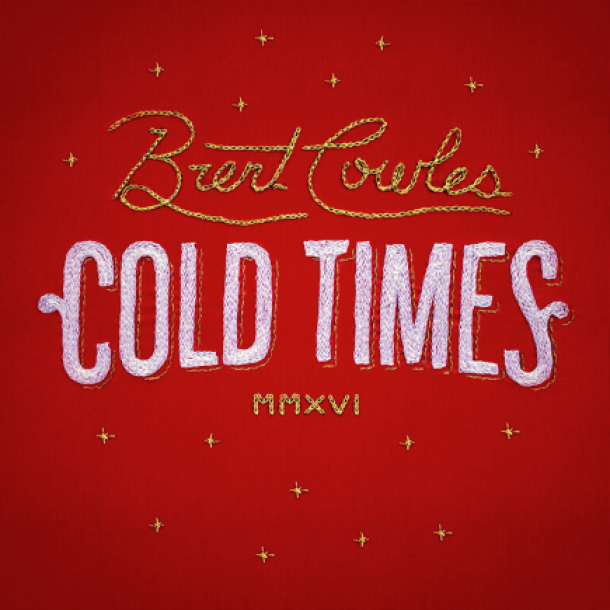 After transitioning from leading You, Me, and Apollo and opening for big names like The Lumineers, Brent Cowles has released his first solo EP titled Cold Times. With contemporary musical inspirations like Nathaniel Rateliff, he quickly learned that going solo doesn’t mean hanging up the electric guitar.

Cowles has created an album far from his previous sound. The change into going solo is paving a way for Cowles to make a name for himself as a singer-songwriter. The album brings in joyful tones and upbeat rhythms that are both pleasant and surprising. The first track “Lift Me Up (Leave Me Here)” is striking and fun, setting the tone of the album nicely. The title song “Cold Times” is perhaps the best showcase of Cowles’ musical abilities, showcasing not only his strength as a songwriter but also as a vocalist.

Moving away from the more mellow sound Cowles is obviously comfortable with we find “Maybe We’re Fine,” a track driven by the electric guitar and an upbeat rhythm. This song is a nice shift of gears for Cowles and it gives us a taste of his versatility. The most differing track off the album “9th and Lafayette” brings in a ballad full of vulnerability and heartbreaking lyrics. In this five track EP, his influences are very recognizable/ With a soulfulness similarly seen in artists like Shovels and Rope and Elle King, this EP is a great step forward for this Dever musician. As someone who has already worked in the Colorado music scene for years, don’t be surprised when Cowles becomes a household name.