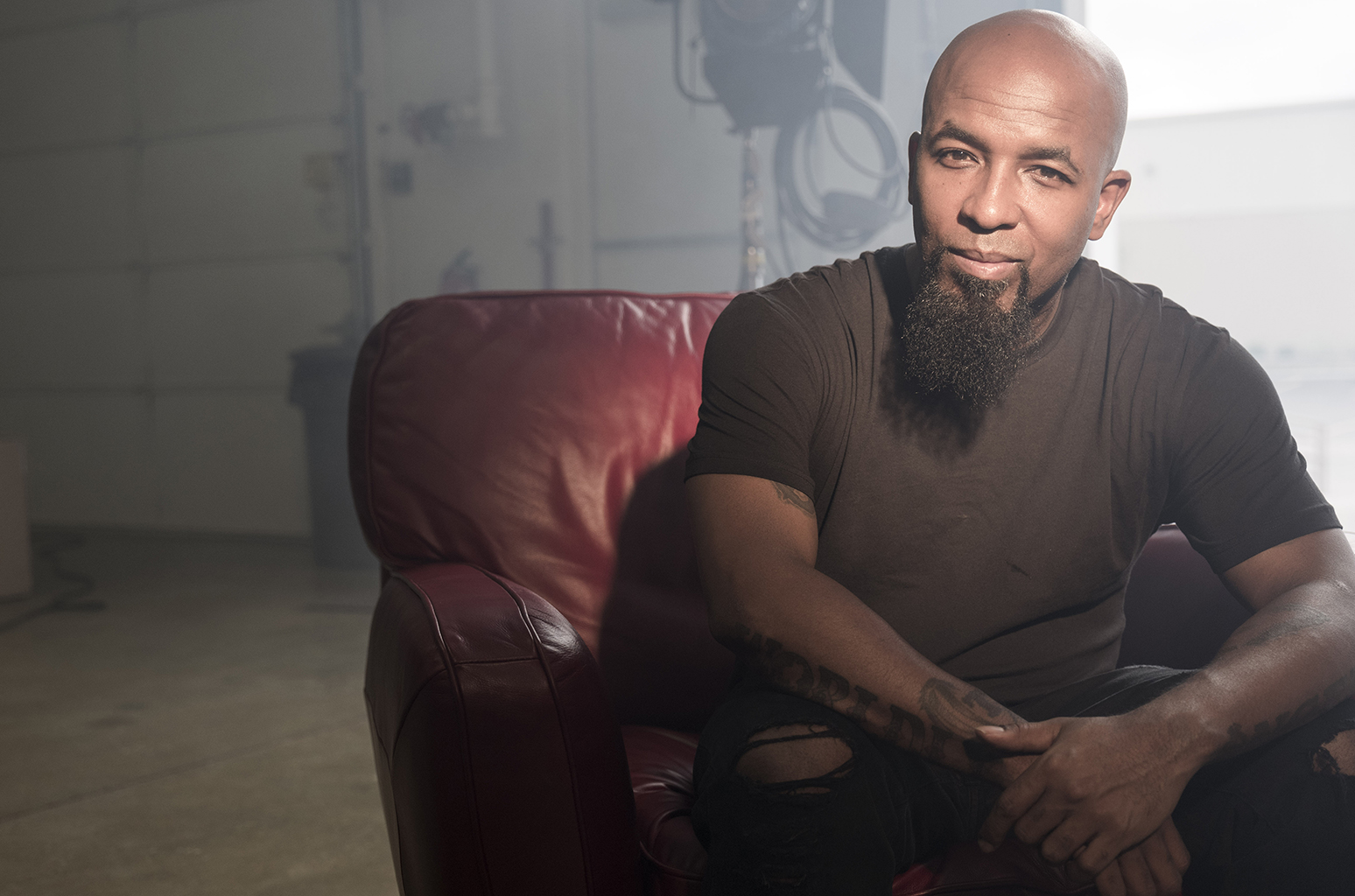 Rap titan Tech N9ne (real name Aaron Yates) is sitting in his Star Coach tour bus behind the Slowdown music venue in Omaha, Nebraska, where he’s presumably getting ready to take material from his latest album, The Storm, to the stage. Fully stocked with a bed, shower, toilet and an entertainment center in the back, the bus is a symbol of the undeniable success he’s attained since establishing his Strange Music, Inc. imprint in 1999. Based in his hometown of Kansas City, Missouri, the label now has a massive roster, including Krizz Kaliko, Rittz, Murs, and Ces Cru. Not everyone, however, is impressed by his rock star status.

“It’s hard because as you’re going up, the people that have been there with you, it seems like some of them don’t want you going up,” Tech explains. “That’s why I wrote ‘Dying Flying.’ I have a goal I haven’t reached and that’s why I’m still going full speed ahead.”

From massive International tours to heading the label, Tech is clearly a workhorse and he’s nowhere near ready to put the mic down. Looking from the outside in, he appears to have it all, but oddly enough he doesn’t exactly feel that way.

“I’m reaching for world domination and I’m on the way, but I’m not there yet,” he says. “I feel like I’m doing more work than ever. I’m happy that people are still latching on and getting on board.”

Beginning with his debut album, 1999’s The Calm Before the Storm, he’s put out another 16 studio albums, and is about to release his next collaborative project, Dominion, which comes out only four months after 2016’s The Storm. It’s this constant musical output that put him in the spotlight and has kept him there since he stepped onto the scene. Surprisingly, he thinks he still has something to prove, but at the same time, carries an unwavering air of confidence.

“I live life and write it,” he says. “Luckily life is still happening to me, but I still have something to prove because people are still talking shit, you know what I mean? They say, ‘Ah he’s corny. He wears face paint,’ but I know I can out rap all you motherfuckers. Don’t play with me. Don’t play with me at all. So, you see, I still have something to prove. Some people get to that level where they feel they don’t have anything to prove, but I want people to know I put all my heart and soul into what I do, even if it’s a party track, rock track, gangster track–I put all my effort into it.”

While Tech’s fanbase is a strange yet eclectic mixture of juggalos, hip-hop heads, frat boys, and Hot Topic-loving girls, people still want to box him into the “speed rapper” category despite the fact his catalogue is about as diverse as it gets.

“I think people have their preference and they see me as just a guy who can rap fast, but I can do all kinds of flow,” he says. “That’s my thing. I am rhythm. They just get caught up on what they hear and what they here might be “speed-om” with me and Eminem, and that’s all it is. I ain’t never done a whole album like that. Some people just want me to do that.”

At the end of the day, Tech is never “just a guy.” He’s one of the most accomplished independent rappers in the world, has packed legacy venues like Red Rocks Amphitheatre, knows how to put on an incredibly engaging show, and last but not least, never stops creating. That doesn’t mean he doesn’t have his bad moments. He’s human just like the rest of us.

“I fight people all the time online,” he says. “I look at all the comments. I tell people to back it up and ask them what they’re talking about. They’re like, ‘Oh that’s not Strange Music.’ I’m like who are you to say that? I started Strange Music. I’ve always been three-dimensional. Somebody was talking about the ‘Get Off Me’ track we just released and was like, ‘This is not strange music.’ Tech N9ne is three-dimensional. I said ‘What’s Strange Music to you brother?’ I’ve always had party tracks, too. It’s cool you prefer one dimension, but don’t come in here being one-dimensional and I’m three-dimensional, then tell me I’m not Strange, when I am Dr. Strange. You can’t school me.”