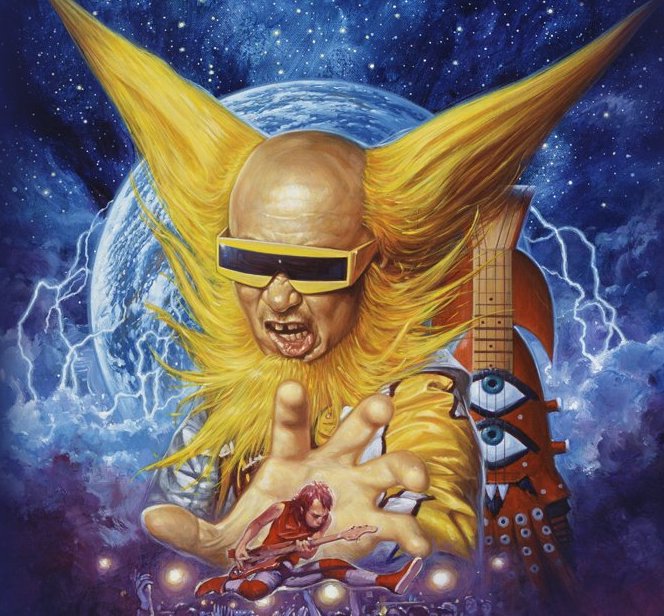 When it comes to colors in the rainbow, yellow is the loudest. And when it comes to personalities in the art and music world, Peelander Yellow (sometimes known on planet Earth as Kengo Hioki) frontman for the action punk band Peelander Z is the same. With his yellow skullet, missing teeth, and ageless embrace of the punk lifestyle, Peelander Yellow’s vibrancy is magnetic and contagious.

If you’re no fun and don’t buy into the whole Planet Peelander thing, they are a punk band originally from Japan based out of New York who make a living touring with one of the most outrageous and entertaining live shows in music today. With almost two decades of hard touring, eight albums, and a popular documentary called Mad Tiger on Netflix, Peelander Z has earned a fun and weird place in the hearts of music fans around the world.

Leading up to their stop in Ft. Collins at Hodi’s Half Note April 11, the BandWagon got the chance to speak with Peelander Yellow about life on Planet Peelander and his life here on Earth. Yellow (Kengo) for all intents and purposes is Peelander Z. Since 1998 he has driven the band to success, maintaining and incredible and bizarre image that resonates with audiences. Initially, the Peelander Z experience comes off as a lot but that abrasiveness becomes something you can’t take your eyes off of. With songs like “S.T.E.A.K.” and “So Many Mike” (because let’s face it, there are a lot of Mike’s out there) things get weird at a Peelander Z show quickly.

“Everybody come to see. Don’t you worry about show, I never bite you before show, I’m gonna bite you after show don’t worry… I never give up the punk rock life. Come to see the show and I give you my smile then you give me your pretty smile.”

This is how speaking with Yellow is. Always walking a line between the character that is Peelander Yellow and being the “regular” person that is Kengo Hioki, he is always on. “I like the bananas and mustard and the eggs and the juice. I make my own juice… We come from the Peelander Planet. We are no human beings we came from Peelander Planet. I grew Yellow area that’s why my name is Peelander Yellow yay!” says Yellow with a laugh at himself. He then followed up slightly more seriously saying that the color yellow had always attracted him because it helps them stand out as a musician and an artist

To test his yellowness, the BandWagon staff had to know where he stood on the ultimate yellow question: does he like pineapple of pizza? “I like pineapple because of the yellow color. It’s ok because I love Hawaiian food. Sometimes they have the rice and meat and pineapple together and sometimes Chinese food has pineapple and pork and rice together so adds a little bit of accent of life. Pineapple is the accent of life.”

When not on tour, Yellow has established himself as a prolific visual artist and hosts his own show appropriately titled “I am Yellow.” But when it comes to the creative process, Yellow does not approach his art as he does his music.

Peelander Z is a true musical experience for people open to seeing something different and outrageous. In both his music and his art, Yellow curates a unique experience where the main focus is getting people to smile. Of the many great shows happening in Colorado in April, this is the one you want to be at.