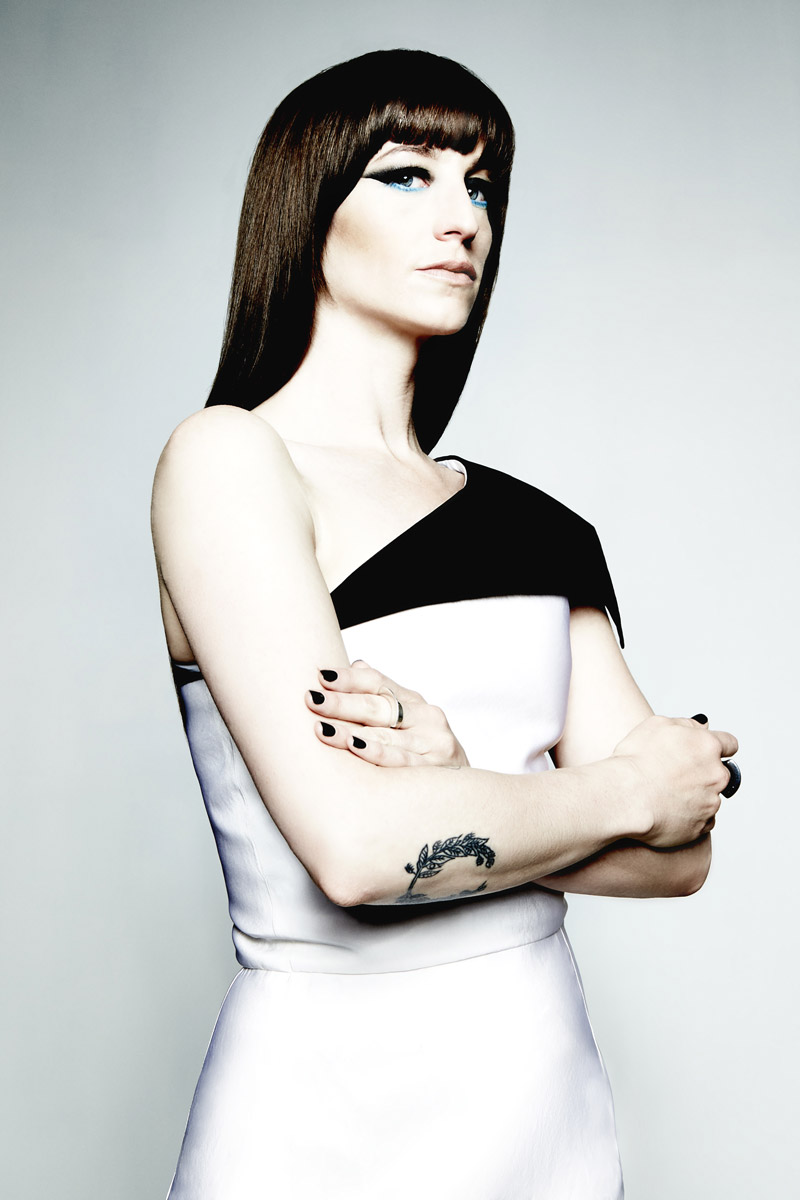 Thirty-four-year-old Erin Fein, better known by her alter-ego Psychic Twin, found inspiration for her latest album, Strange Diary, as her marriage began to dissolve. Out of pain, often comes powerful art, and the nine-track album is no exception. While the project is a sometimes brooding and emotional ride through her divorce, it also provided some much needed therapy at a crucial time as she tumbled through her painful, artistic purge.

“I believe that good art often comes from pain, but I don’t believe that good art only comes from pain,” Fein explains. “ I believe when you are truly in deep pain, you are consumed by it, at least for a period of time. To be totally consumed by pain puts a person into a special state, and this can be channeled into obsessive creativity. The creativity that exist in these moments is a survival tactic, even if you don’t realize it, it is.

“I believe that because of this desperate relationship you have with your art when you are in pain, you’re able to be much less insecure,” she adds. “You’re open because you can’t be any other way. Pain cuts through walls and transcends vulnerability. When it’s that deep, it leaves you raw and open, and able to create in a unique and connected way.”

Born in the Midwest (Champaign-Urbana, Illinois), Fein’s interest in music began at a young age. Her grandmother used to joke she came out singing as soon as she exited the womb, but she never had any formal training.

“I started writing little songs on the piano when I was about four,” she remembers. “I guess it’s just one of those things that came naturally to me. I don’t have a traditional understanding of music though, but I do understand music in my own way and it feels as much a part of me as breathing is.”

After joining her brother’s band at 17, she never looked back and a career in music is something she’s been after ever since.

“I would credit my family with playing a huge role in my musical influences,” she says. My dad introduced me to classical and jazz, and my oldest brother introduced me to the best weird pop artists of the ‘80s and early ‘90s. Everyone in my family loves music and so it was always around, always playing. Our house was rarely silent. This early childhood music education had a huge impact on what eventually became my influences for Psychic Twin.

The concept for the name came to her while she was still living in Illinois and recording in her basement, where she would write some of the first Psychic Twin songs.

“I remember being down there and working away into the night, and very distinctly feeling like I was writing music with myself, and alter ego, a twin or a clone,” she explains. “I imagined how incredible it would be to actually write with your twin. I imagined she would always know what to do, what to sing, how you feel, or at least a representation of part of you. Almost like you were psychically connected.”

Fast-forward to 2017 and Psychic Twin is finally gaining traction, however, it’s presumably been an intense growing period for her as she learns to navigate the waters on her own.

“I feel I have changed a lot in the last five years,” she says. “It was important change that came at a high price, but in the end, after all of the worst of the pain, I’m so grateful for where I am today and that my life went through the transition that it did. I read something recently about stoic perspective on pain that I thought was simple and powerful. It said, ‘It is from failure, struggle and death that meaning is produced. It’s death that gives life urgency. It’s failure that teaches us lessons. It’s suffering that shows us who we are.’”

With a firm grasp on who she is, Fein is moving ahead with her passion for music. As she hits the road in support of Strange Diary, touring will provide a type of emotional release not unlike when she’s in the studio, however, studio time is more intimate.

“Performing isn’t so intimate, but it allows you to share something very genuine and that can transcend a lot of pain and just be downright fun as hell,” she says. “I feel when I perform live that I can truly disappear into the alternate land that exist in my mind in regards to Psychic Twin. This is one of my favorite and most healing elements of being a musician. I love live performance. It’s high pressure–very hard–but so rewarding. Touring provides the ability to get to do that night after night and that part of it is very cathartic for me.”