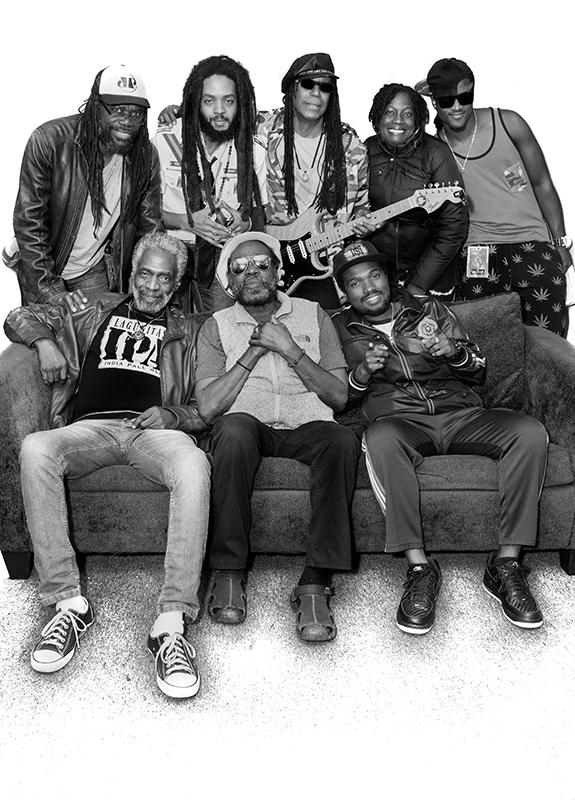 The Wailers are eternally synonymous with the word ‘reggae.’ Its music was sparked by a revolutionary time when social unrest was bubbling to the surface, but it’s soundtrack was fresh and innovative. Along with the late reggae icon Bob Marley, The Wailers successfully attained International recognition and continue to spread its positive messages built on the foundation of Rastafarianism around the world despite Marley’s untimely death in 1980.

During the course of the group’s decade-long career, the ever-evolving lineup of musicians have played 4/24 million fans and sold over 250 million albums worldwide, consequently cementing Jamaican reggae tradition in music history. Songs like “Small Axe” and “Soul Rebel” helped define the genre by slowing down the beat and introducting cultural overtones into what had formerly been considered novelty music by non-Carribean audiences.Undoubtedly masters Of invention, The Wailers’ imprint on the world is unshakable, but something countless people have tried to emulate.

“We learn from our mistakes,” Barrett says in his unmistakable Jamaican accent. “The Wailers are the originators and new artists are imitating our style. We look back and notice our mistakes, but we move forward from our mistakes and do better in the future.“

Beginning in the ghettos of Kingston, Jamaica during the summer of love, Bob Marley, Bunny Wailer and Peter Tosh recruited bassist Aston “Family Man” Barrett and his brother, drummer Carlton Barrett of Lee Perry’s Upsetters, to join the collective. After signing with Island Records in 1971, Wailer and Tosh moved on two short years later to pursue moderately lucrative solo careers. By this time, the Barrett Brothers were in high demand and soon adopted The Wailers moniker. The Wailers are present on the majority of Marley’s hit albums and singles, however it was The Wailers’ work on Marley’s Natty Dread that opened the flood gates of triumph and catapulted them to an untouchable level. Natty Dread turned out to be Marley’s crowning achievement and it still considered a flawless masterpiece.

The fact “Family Man” was truly Marley’s unheralded right-hand man is often overlooked. The multi-talented musician not only contributed bass guitar to The Wailers enormous catalog, but also lent his organ, piano, rhythm guitar, percussion, and production skills. His name is listed directly under Marley’s own on every one of Island Records album releases, including Catch A Fire, which also featured contributions from original Wailers members Peter Tosh and Bunny Wailer. “I Know” was the last Bob Marley and the Wailers single to be released before Marley’s death in 1981. It was “Family Man” Barrett whom Marley asked to mix and prepare “I Know,” calling from his hospital bed in Bavaria with his request. In addition, Marley entrusted him with the production of the Melody Makers, a group consisting of several of Marley’s children. With all of this going on, the message of the music was always and continues to be the most important.

“I think things are too technical nowadays,” he says. “There’s a person for every step of production. It’s too much going on and people tend to forget the music. There are too many studios. Everyone is producing now and it shouldn’t be that way. It should be about the message and authenticity of the music.“

“While I love all kinds of music played on the radio, and look forward to listening to all kinds of new music, I like full band music, where there is a bass player, singer, drummer, and keyboard player,” he says. “I think the authenticity is missing in music nowadays. We need some sort of message from songs.”