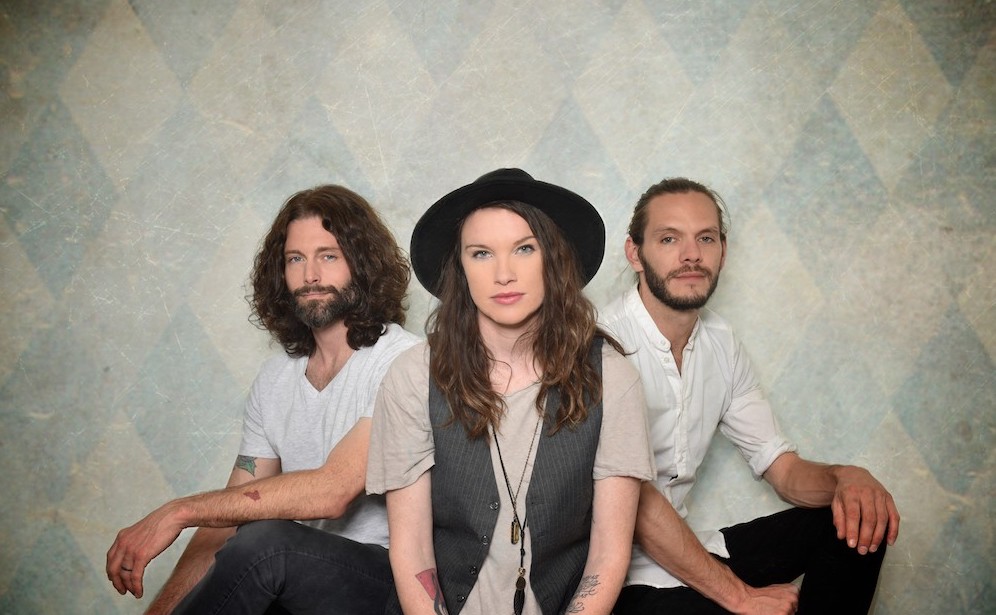 Denver-based folk/rock outfit Edison, consisting of singer/guitarist Sarah Slaton, multi-instrumentalist Dustin Morris and former Lumineers guitarist Maxwell Hughes gave been around since late 2014, and spent most of that time on the road. The hustling paid off as the trio signed with Rhyme & Reason Records in late 2016 and soon after released their first album, Familiar Spirit.

Familiar Spirit is of two mindsets; the first half is rather moody and downbeat, while the back half is cheery and hopeful, which leads to your emotions swinging around as you listen to it. The first half also is the “rock” half of this folk/rock hybrid, though not by much. The “rock” connotation seems vestigial, at best. It’s not until “Open Road,” the most folkish song, that the album tightens up and begins to have fun. “Open Road” possesses the energy of a country bar band and it’s an awesome song.

“New York” is a joyful, vibrant and upbeat love anthem and not just for New York, despite the title. The rest of the album is filled out with the instrumental “Idea 5,” “Back And Forth,” which is about the predictable ups and downs of a relationship that’ll work out in the end, and “Tie Me Down.” Seemingly about going home instead of being tied down in a relationship.

Familiar Spirit, while a good album with a professional polish, shows that Edison isn’t sure what kind of band they want to be, given the mood shifts between songs.

“Open Road,” “Civil War,” and “New York” are the best songs on the album, and overall Slaton’s voice and guitar work, alongside Morris and Hughes’ contributions, show that Edison is a band to be on the lookout for. While it doesn’t feel like Edison has quite found their voice yet with Familiar Spirit it’s close.