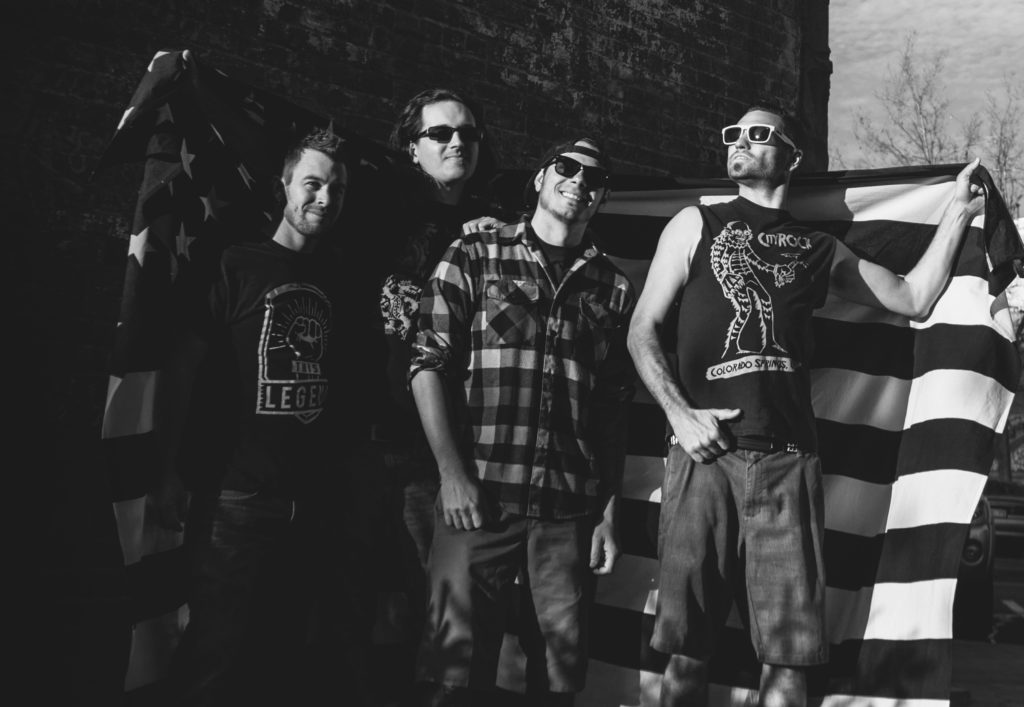 American Blackout, the punk band out of Ft. Collins is here to have a good time. In today’s heavily charged political climate, it’s easy to associate their name with a more protest oriented style of punk but the truth of the matter is these guys came to party.

“We have our strong opinions about things but musically we’ve never really used our music as an outlet for our politics, it’s more about life experiences,” says vocalist and guitarist Craig Miller in our recent interview.

If ever there was a time American Blackout was ready to conquer the Colorado punk scene, it is now. Their latest release, Yeah So What EP, shows a band making all the right moves. Recorded at The Spot Studios in Denver, the quality of the tracks shine with the professionalism we have seen from other projects produced there. Instrumentally and vocally, everything is in the right place as Yeah So What gives us everything we could want from a pop punk album. “We’ve been growing and maturing as a band and I think it shows in these recordings,” says Miller.

First and foremost American Blackout is a live band. Pushing their live show has shaped their music and Yeah So What captures that energy. “We typically go for a really energetic and rowdy kind of show and that’s morphed our sound over the years,” says Miller.

Recent events seem to have charged the name American Blackout and it’s easy to assume they are a protest punk band, but in reality these guys simply want to provide a good time for all their friends and fans. “We’re just four guys who like to have quite a bit of fun and that’s what it’s always been about and probably what it’s always going to be about.” According to Miller, the name American Blackout is actually a reference to the feeling you have the morning after a long night of partying.

Miller recognizes that the current political climate is almost making it easy for a punk band to become political especially as things so divided. For the guys of American Blackout, this only shows that now more than ever people need to set aside their differences and learn to accept each other.

“I feel the biggest calling towards unifying people through what I can do through music and pushing that message that hey, we all need to be accepting, we all need to be loving and now more than ever we need to band together and be the American people.”