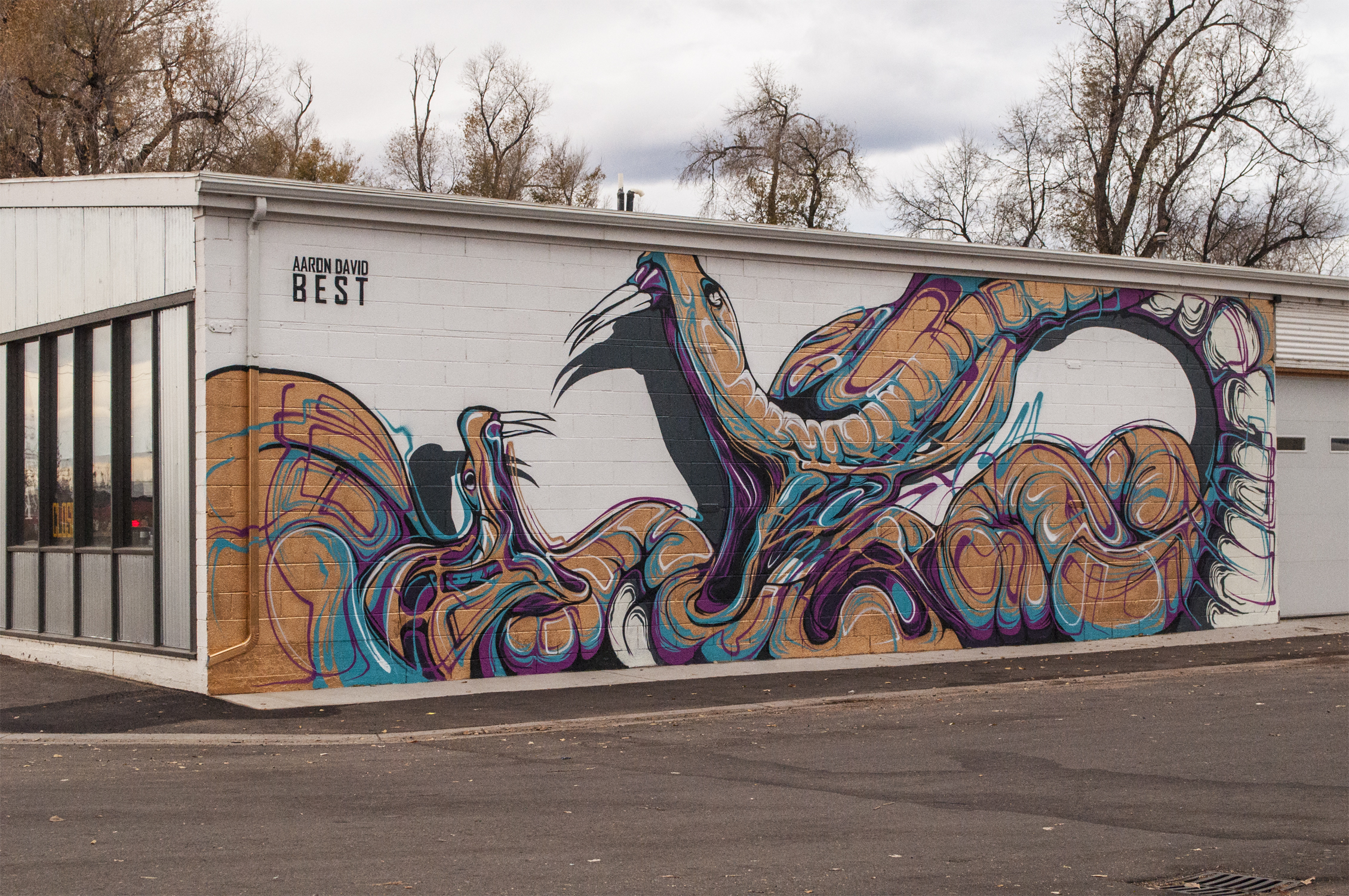 Over the last few years, a culture of muralists and visual artists have emerged in Northern Colorado. These artists, embraced by the local community and business owners, brought vibrancy to many of the empty walls the residents have known for so long.

Greeley native Aaron David Best is one of those artists. With several murals in Greeley including one in “Art Alley” and more recently his work using projection and animation at the Greeley Block Party, Best has made a name for himself as one of the hardest working visual artists in the area.

We caught up with Best after finishing his most recent piece for The Ft. Collins Mural Project to discuss his new piece and his life as a full time visual artist. The Ft. Collins Mural Project is an independent organization with the goal of getting public art up in Ft. Collins. After the application process, the organization chooses three finalists who are then selected by the business where the mural is going. Best’s work was well, the best and he was selected as the winner.

“It’s weird when people ask me where I get my inspiration from because for artists it kind of just comes then you have to piece together why is it you do what you do… Later on you can look back and connect the dots and say, ‘oh I can see why I’ve done the things that I have.’ But in the moment you just kind of create and it just happens,” says Best.

Drawing influences from artists like H.R. Giger and an interest in biomechanics, Best’s art is full of motion and serpentine shapes. His latest mural is of two snakes poised to strike each other. “I wanted it to be a piece that felt like it had a lot of movement to it and had some sort of dramatic tension to it.”

For Best, he got into doing murals because he feels it’s the best way for his art to be seen by people. “Working in my studio isolated is fun but you don’t get as much exposure. In one hour finishing a mural a hundred people will see it and so few people will actually walk into a gallery space.”

As a full time artist, Best is constantly pursuing new work and this latest mural helps establish him as one of the prominent muralists of Northern Colorado. Would you like to commission Aaron Best to do a mural at your business?