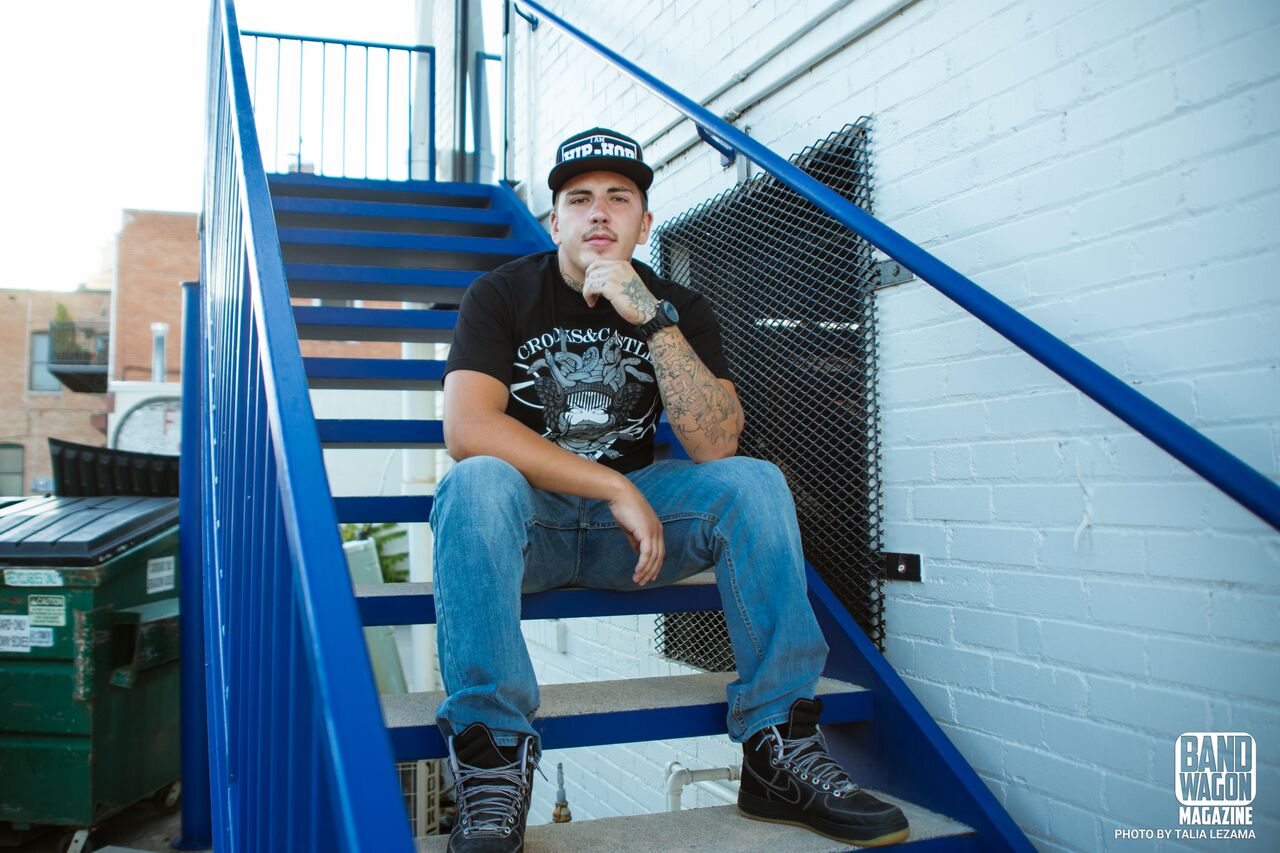 When local hip-hop artist Taylor White (aka Tay Don Die) walked into the Wells Fargo Bank on 23rd avenue and 16th street in Greeley, Colorado on November 20, 2015, he had reached rock bottom. He approached the teller with a note that demanded $10,000 and after that, there was no going back. Panicked, White left before receiving any money. “I came out with nothing so I know I’m tripping out. I was like, ‘fuck, I have to do this.’ So I went down to the Guarantee Bank and did that one and got the cash,” says White in a recent interview with the BandWagon. White made off with about $2,000.

According to White, he made it about four days before the police picked him up while he was driving down 8th avenue in Greeley. Charged with several crimes, White eventually pled guilty to aggravated robbery and is now preparing for his sentencing on October 18th.

On the surface, White’s decision to attempt to rob the two banks in Greeley could look like some kind of bizarre publicity stunt by a local rapper attempting to earn a notch of street cred, but the truth is a story of desperation and the decision to face his problems in what he believed to be his last way out.

Leading up to the events of November 20, 2015, White had made a series of choices that sent his life spiraling out of control. Already on probation, White was attempting to balance the lifestyle he had chosen and putting himself right with society and the law.

After a breakup with his girlfriend, he found himself living alone and he began to mess around with heavy drugs. “I reached this dumb point where I had the homies at the house all the time. I was getting up and going to work every day and I kept coming home and finding everyone partying and I was like, fuck I want to party too.” Eventually, it all caught up to him as he lost his job and owed money to people he didn’t want to owe money to. “When shit hits the fan you learn who is really there for you, and nobody was. I remember coming home this one day and for the first time in months the place was empty.”

Finding an eviction notice on his door and facing a debt he couldn’t begin to pay back, White finally reached his end. What’s interesting about White’s decision to rob the bank is it came from a desire to make things right. In his mind, all he had was his word and keeping his name in good standing in the streets. If he burned the people he owed and lost his apartment, he would have nothing left.

Now faced with real-time, White is a young man dealing with the decisions that he made and is coming to terms with the fact that they will affect the rest of his life. Being a hip-hop artist, the publicity of a bank robbery fits into the narrative of his music but speaking with White there was the sense that none of it ultimately mattered.

“When I was locked up I was in the mindset of ‘fuck it, it is what it is, I did what I did, I have to go pay for this shit. But now that I’m out I see life so different. You have to be smart about what you do. I won’t say nobody, but very few people are truly there for you when you need them.”

Now with a new focus in life, White is determined to avoid spending the next 32 years in prison for an impulsive decision he made when he was 21 years old. After finally being offered a plea deal, White pled guilty to aggravated robbery and hopes with good behavior he will be able to receive a reduced sentence, and possibly a chance at living in a halfway house eventually. Looking back on it, White’s advice to people is don’t give up and make intelligent decisions. “The struggle is real out there. You just have to be smart about it and come up the right way and chase your dreams.”