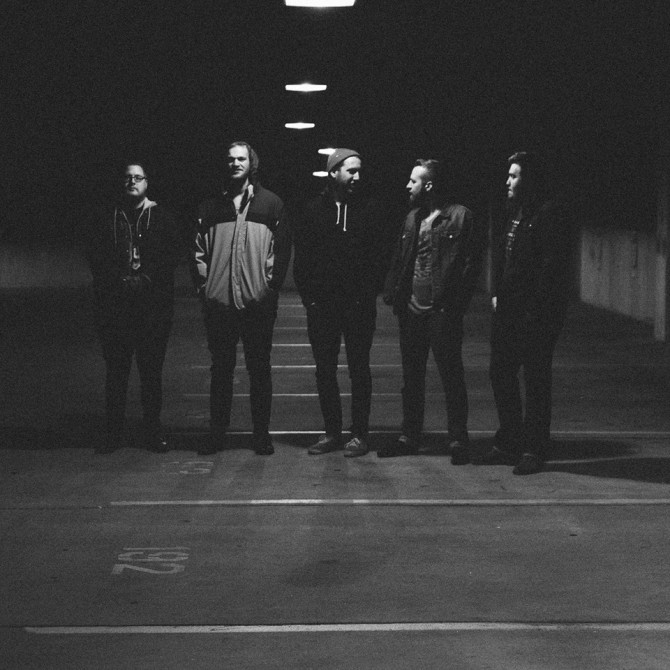 Recently, the BandWagon sat down and spoke with Elias Armao of the up-and-coming Denver indie band, Overslept, to discuss their latest split release with sister band, Father Mountain. “We met the guys in Father Mountain when we opened up for them on the Denver date of their winter tour back in January. It was pretty evident right off the bat that these guys made music from the same place we did, even though they played a very different style/genre. The idea of doing a split together happened pretty naturally and was really spawned out of friendship. I think the beauty of splits is using the different styles and regional influences as a juxtaposition,” starts Armao.

Starting in mid March, they began working on the split. “We tracked the Father Mountain side of the split in a week, and our side a few weeks later,” Armao continues. Recording in various home studios and tracking drums at The Core at University of Colorado Denver, Overslept has produced and engineered all of their records so far. The split was mixed by Corban Roberts at Tessitura and mastered by Evan Zeller, who are both members of Overslept. “Being self-produced the tracking process is always comfortable and fun. We are very lucky to have so many talented engineers in the band that are also such great people. Both bands used this split as an opportunity to try new things. We experimented with guitar tones, effects, and layering as well as drum set ups. The friendship between the bands and the environment that tracking in home studios created made for a very fun and smooth tracking process.”

Upon listening to the split, it is apparent that both bands experimented with their song writing in many unique ways. The first track, “Not So Fast”, is dynamic, rhythmically complex, and displays how the instruments interact. The second song, ‘Dizzy Spell” is more atmospheric and gives the listener a moment to breathe with the music. It’s interesting seeing these differing extremes right next to each other on the split. Armao adds, “As a group we are very eclectic in our inspirations and we try to not stifle or filter that. We try to not use ‘that’s not our genre’ or thoughts in that vein as reasoning for using or not using a part. These songs specifically are the first deep dive into this ideology. We wanted to see how far we could technically push ourselves while keeping a cohesive sound that doesn’t feel too riff heavy. We are trying to cultivate an open minded attitude towards writing which allows the experimentation be the product.”