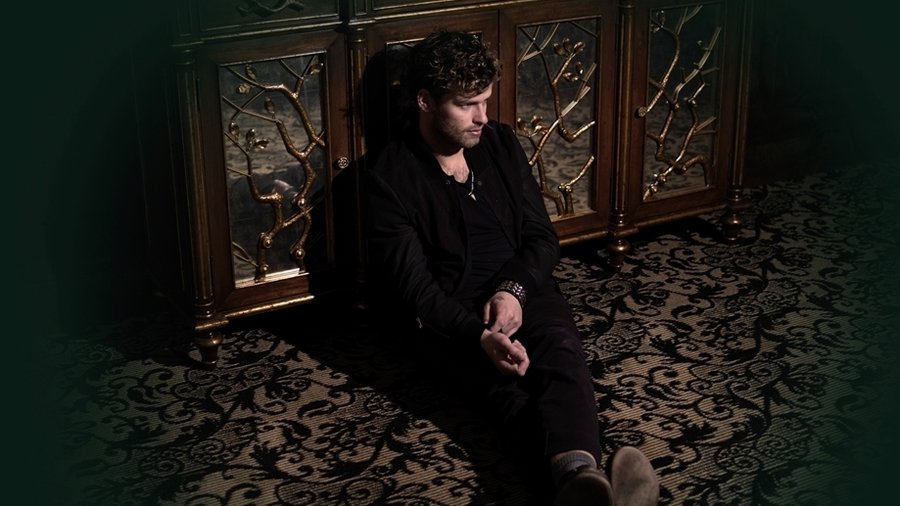 This month, BandWagon Magazine had the chance to sit down with Colorado Springs native, Winston Yellen, the figurehead of electro-R&B act Night Beds. During our discussion, we talked about the motivation to make music, his relationship with art, and his feelings on collaboration.

Following the success of his debut effort Country Sleep, Yellen gathered his go to collaborators, many of which appeared on his debut. This includes longtime friend and collaborator Benjamin Kaufman, Caleb Hickman (who plays a devilish sax throughout the record), and Yellen’s little brother Abraham, who plays producer on the record. Though the credits on the record reach just over twenty, Yellen credits this small group as the core of the project. In the same way that Conor Oberst was a fixed point in the Bright Eyes project, Yellen is to Night Beds. When speaking about the musical amalgam, he had this to say about his collaborators: “I’m just not that good of a musician, so for me, it’s about surrounding myself with people who are better than me. It’s all about having the courage to be sincere in what you do.”

Sincerity doesn’t seem to be a problem for Yellen. In his words, Ivywild is an “auditory and emotional account of what was going on with me during the recording process.” At the center of his process are his collaborators, but more importantly, the art they enjoy.

The most striking moment in our conversation was when Yellen confessed “I just don’t love music that much.” You read that correctly. As it turns out, movies are the true paramore of the singer/songwriter that brought us soulful, shimmering pop-folk tunes on his debut, and smouldering, emotive R&B with Ivywild. More frequently than musical influences, Yellen cited Criterion fodder like Truffeau, Kurosawa, Korrine, and Anderson, as well as poets such as E. E. Cummings. Yellen described music as “the engine to physicalize the emotions I get from other art forms.” And his musical influences aren’t what you would expect either. In the same breath as “Jai Paul, Beach House, Kanye, stuff like that,” Yellen praised classical artists as well, “but I also really like Brahms and Vaughner.”

A little unorthodox, sure. But no lesser for it. Ivywild is the sunset on the kind and airy Country Sleep, which summons sounds similar to The Tallest Man on Earth’s most recent record. Ivywild opens with “Finished,” an intoxicating tunnel-of-love type trip. The digitized Yellen falsetto dances with slightly affected strings, and creates the feeling of watching a curtain rise on Quince’s midsummer’s play. Immediately, one thing becomes clear. While the music would be good without it, to do the record justice, headphones are required. The sounds and feelings are so intimate, you need them close to make total sense of them. This is true for tracks like “Melrose” more than most, a sensually pulsing electro-romp that lands in the middle on the album. The track is bookended by acoustic guitar, a subtle nod to  Ivywild’s folksier predecessor. The record is dotted with references and nods, like the conclusion to the dreamy “On High,” which Yellen put as a “nod to “Marvin’s ‘What’s Going On.’” From ghostly vocals to endlessly textured synths, Ivywild is a star speckled wormhole, dreamy and sanguine to the last.  Ivywild comes out August 7th on Dead Oceans.