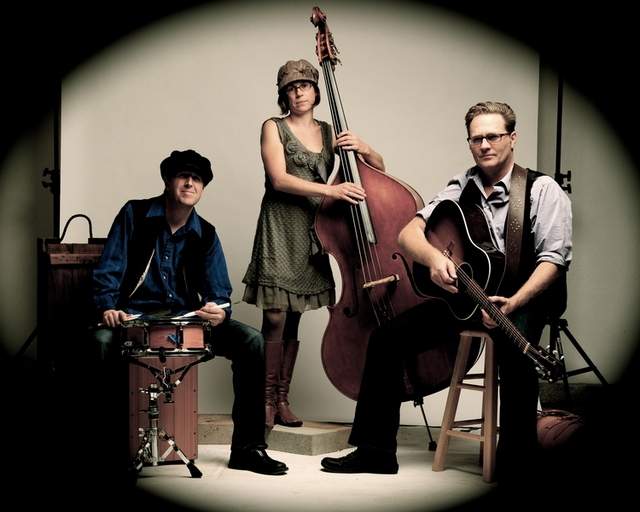 For those of us looking for a local folk/country fix, Lunde Station’s debut EP Another Country is the perfect fit. The Fort Collins’ band is a decidedly folk-rock-country affair that stands out amongst other local folk and country outfits, leaning hard on folk with a slight country twang to it. The band itself describes themselves as a “fiery Roots, Rock and Americana band,” influenced by “Old Gospel and Bluegrass, Outlaw and Traditional Country and the 1960s/70s literate Folk Rock movement.”

That sounds like a mish-mash that would result in something generic, yet Lunde Station’s work isn’t. It’s artful and soothing with its own unique sound; it wouldn’t be out of place being heard at, say, John Galt Coffee. (Have these guys gotten airplay on World Café yet?) You would think a band like this would flourish in this part of Colorado and subsequently crank out albums, but maybe that’s because the group doesn’t want a drop in quality. Another Country is a tightly knit, consistent album with no dull/filler songs. Frankly, I want more of Lunde Station’s work.

The album starts strong with “Burnside Bridge,” the most Country song on the album and my personal favorite, and then switches gears with “40 Ford.” The song brings to mind some of the music of O Brother, Where Art Thou in the beginning, then gives off a slow, choleric 1960s Lynyrd Skynyrd vibe. “Iowa” reminds one of Arlo Guthrie’s work and it’s direct follow-up “Leaving Town” brings to mind Cat Stevens, if Cat Stevens had a bit of a country twang to his guitar work. “In This Life” and “Blue Child” are the most folksy bit on here, again bringing to mind Guthrie and Stevens, though the latter is far more melancholic while the former is somewhat phlegmatic. Overall, the album is truly good. Great, even. Anyone wanting a folk-country fusion should check out Another Country. Hopefully, Lunde Station will come out with something new, soon.