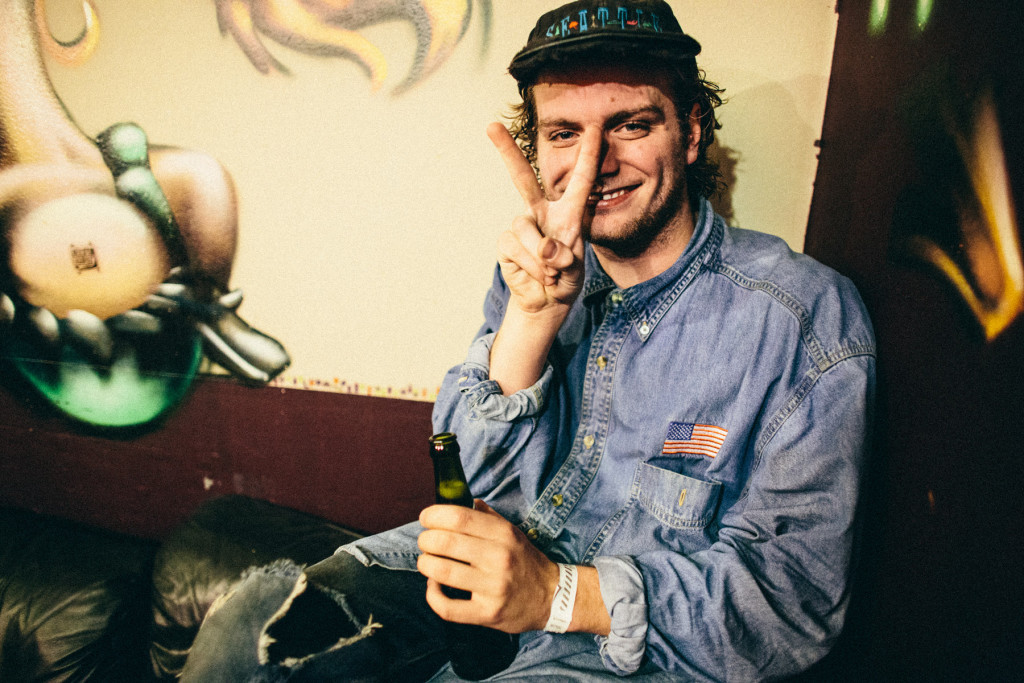 If I were to list some of Mac Demarco’s exploits (outside of his three fantastic LP’s) you might think I was talking about one of the members of Odd Future. Releasing his debut record Rock N’ Roll Night Club in 2012, Demarco’s unconditionally carefree tunes are only part of the reason for his ravenous fan base. In June he hosted a cover contest, the winner of which would “get PayPal’d exactly $.69 of my own money.” Earlier in the year, he sold a pair of his old sneakers for Willie Mae Rock Camp for Girls for $21,100, and released a half hour tour documentary called “Pepperoni Playboy.” There’s not one second of footage, whether audible or visual, that feels anything less than effortless, not to mention genuine, and genuinely goofy.

Now, riding on the tails of his paramount release thus far, Salad Days, the now 25 year old treats listeners to a new mini-LP, Another One. If Salad Days was a sun soaked day at the drug addled, sea-side amusement park, Another One is later that day, when the kids have gone home, and the staff gets drunk and smokes. While a little dreamier than previous releases, the LP continues the breezy, and seemingly unending stream of tunes from Demarco.

The record begins with the first single released, “The Way You’d Love Her,” easily the brightest tune from the bunch. An unassuming back beat and sunny guitars lay on thick the accidental charm of the artist, and plays perfectly as a transition between this record and the last. When listening to the next track, named for the record, you can’t help but feel as if you’re floating face up, down a slow and winding theme-park river, the shabby palm tree decorations and sunset above you. With a day dream synth and listless vocals, Demarco laments paranoia and the thought of losing love. The track is one of the better examples of the artist’s ability to speak about the trials and tribulations of being in a relationship, without making it feel preachy or whiney. Rather than wallowing in the memory of the same experiences you might have had, you feel more like patting him on the back and saying, ‘Yeah. Been there, brother.’

If a personality more fitting to the tunes were shown in his fan interactions or during interviews, I’m not sure that the music would land the way it does. While most of his discography could be likened to dew drops on the side of a frosty glass of lemonade, the funhouse persona paints him more like Tyler, The Creator then the Cool Hand Luke that appears on record. For many people, I think the constantly chilled nature makes it a little hard to connect to the emotion on these tracks. While I understand the desire to have your emotional songs feel emotional, I think that’s the magic of Demarco’s writing style. While the track feels upbeat, the lyrical content is honest. The result feels more like cathartic venting than emotional revelation, as if any problem Demarco faces warrants nothing more than a ‘Eh. So it goes.’ It’s not apathy, so much as unshakable, lazy optimism. Another One is essential summer listening, and an excellent new chapter in the Demarco discography.