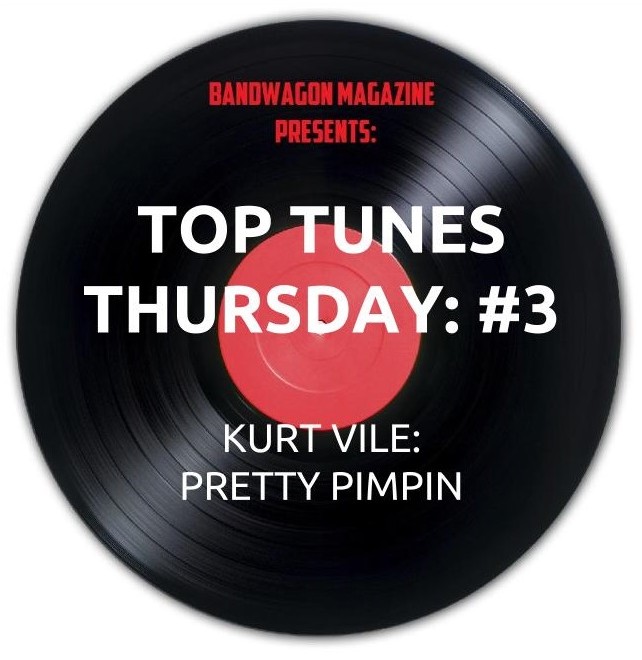 Of all the musical instruments iconic to American music, the paramount would be the guitar. Although blues music originally came in the form of African spirituals and hymnals, it was changed forever when it met it’s six stringed soul mate. Rock n’ roll, arguably the most American genre there is, was built around the glistening tones of the 1957 Gibson ES-350 T. For Kurt Vile, Pennsylvania born indie rocker, the guitar is both the means and the end. With nimble finger and plastic pick alike, Vile knows just which string to make sing for the perfect sound. In War on Drugs, his first band, Vile painted wide sprawling soundscapes that spread themselves to the furthest corners of your headphones. His solo work however, feels a little more grounded. Less affectation, and as a result, a more genuine product. The same can be said for his newest single.

The track is titled “Pretty Pimpin,” and will begin the slouch-rocker’s sixth studio record, b’lieve I’m goin down…, Vile’s second record to include an ellipsis. While solo content has been coming for far longer than group content, I was first introduced to Vile via the shimmering, swirling tones of The War on Drugs, which is a farsight from the fingerpicked jaunt of this single. In the millennial tradition, Vile’s lyricism is stream of consciousness, as if recalling the disjointed cuts of a dream. While the rolling groove might put a happy face on the song, lyrics like “‘Who’s this stupid clown blocking the bathroom sink?’ / but he was sporting all my clothes / I gotta say pretty pimpin” paint the quiet anxieties of an artist who’s closer to “just a normal guy” than most front men. If anyone can bring self deprecation and cleverness to the phrase “pretty pimpin” it’s Kurt Vile. While normally, I can find his vocal a tad overbearing for long periods of time, the lyrics are so rhythmically charged, that at times, the vocal tips its toe into feeling like a rap. Each syllable is packed with emphasis.

The record will be released September 25th from Matador Records (also of Belle & Sebastian, Iceage, and Darkside). Vile will also be releasing a “Deluxe 3 LP Edition: believe I’m goin (deep) down…” which holds six extra tracks, including what appears to be the title track. Vile will begin touring in October, beginning in Boston, but spending most of his time overseas, and concluding in Portugal. b’lieve I’m goin down… was recorded in spots across the country, each special to the artist. If we’ve managed to show you something new this week, you can find Kurt Vile on Facebook, Twitter, Instagram, as well as his own site. And if you have some spare time this week, flip through the rolodex over at Matador Records. If you’re into weird people making great music, they have what you’re looking for.